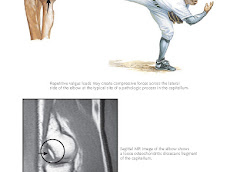 OSTEOCHONDRITIS DISSECANS OF THE ELBOW


Osteochondritis dissecans typically occurs in adolescent patients from repetitive high valgus stresses to the elbow, most commonly female gymnasts and male throwers. The repetitive valgus loads may create compressive forces across the lateral side of the elbow at the typical site of a pathologic process in the capitellum. It is thought that these forces cause repetitive micro-trauma and vascular insufficiency or injury to the capitellum that can lead to separation of the articular cartilage from the underlying subchondral bone. Genetic factors may also contribute in some cases. The condition occurs after the capitellum has almost completely ossified and involves both the articular cartilage and the underlying bone. If the articular cartilage becomes separated from the subchondral bone, it can become a loose body in the elbow joint. 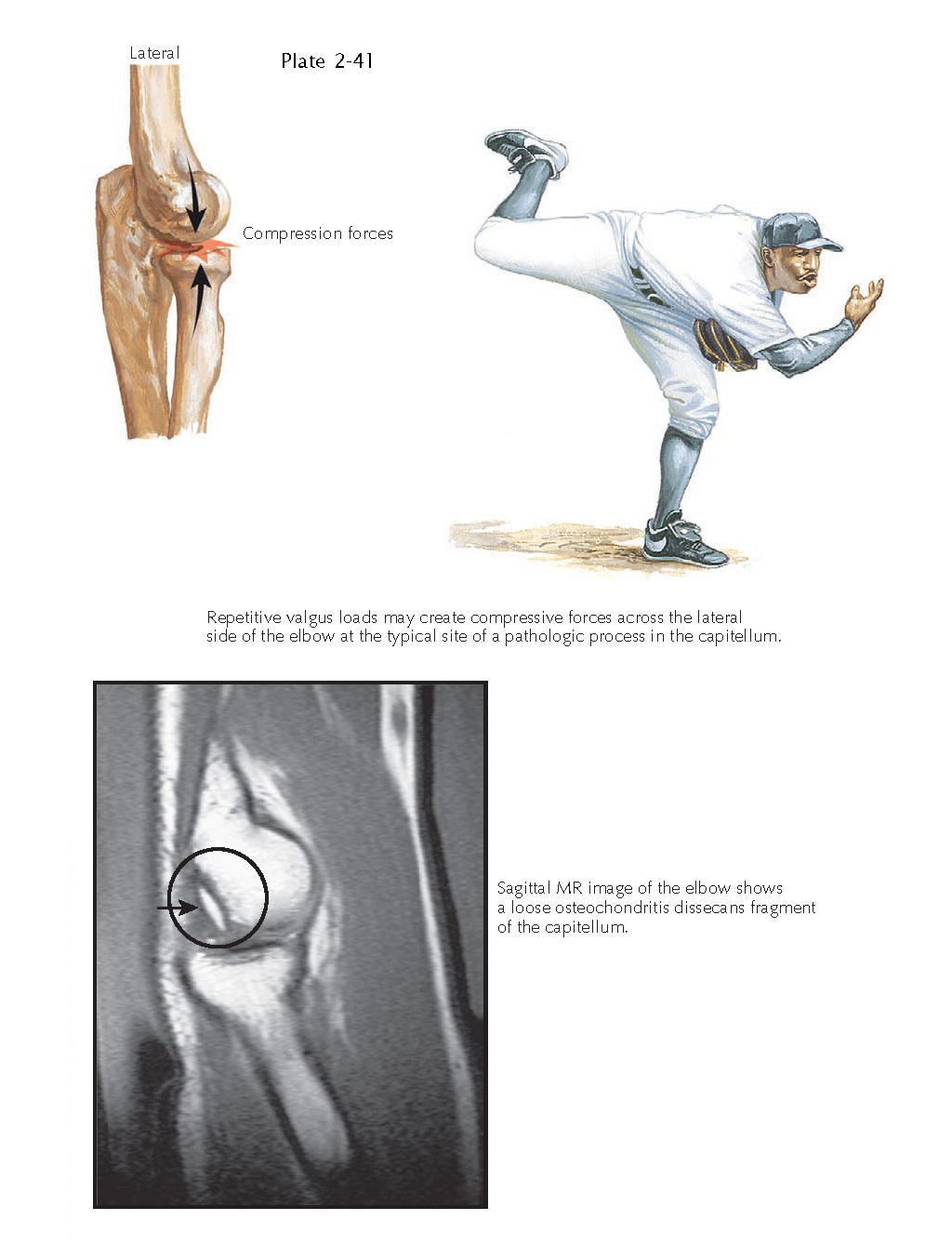 Symptoms include activity-related lateral elbow pain that may improve with rest from the offending activity. The pain may be dull and poorly localized. Mechanical symptoms, such as clicking or locking, may be present if a loose fragment develops. On examination, tenderness to palpation is noted over the capitellum and a joint effusion may be present. Range of motion of the elbow may produce crepitus, and patients commonly lack the terminal 10 to 30 degrees of elbow extension. Limitation of elbow flexion or of forearm pronation and supination may also occur but is less common. Plain radiographs can show lucency or fragmentation at the capitellum and a possible loose body if a fragment has broken off. If findings on plain radiographs are equivocal, advancing imaging (CT or MRI) can confirm the diagnosis. MRI is preferred and can delineate a stable versus unstable lesion by showing intervening fluid between the fragment and subchondral bone. 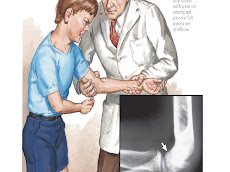 ROSIS OF THE ELBOW (PANNER DISEASE)


Panner disease also involves the capitellum and presents in a similar manner as a capitellar osteochondritis dissecans, but in a younger patient population and with a better long-term prognosis. Panner disease typically occurs in the dominant elbow of boys during the period of active ossification of the capitellar epiphysis at between 7 and 12 years of age, with a peak at age 9 years. 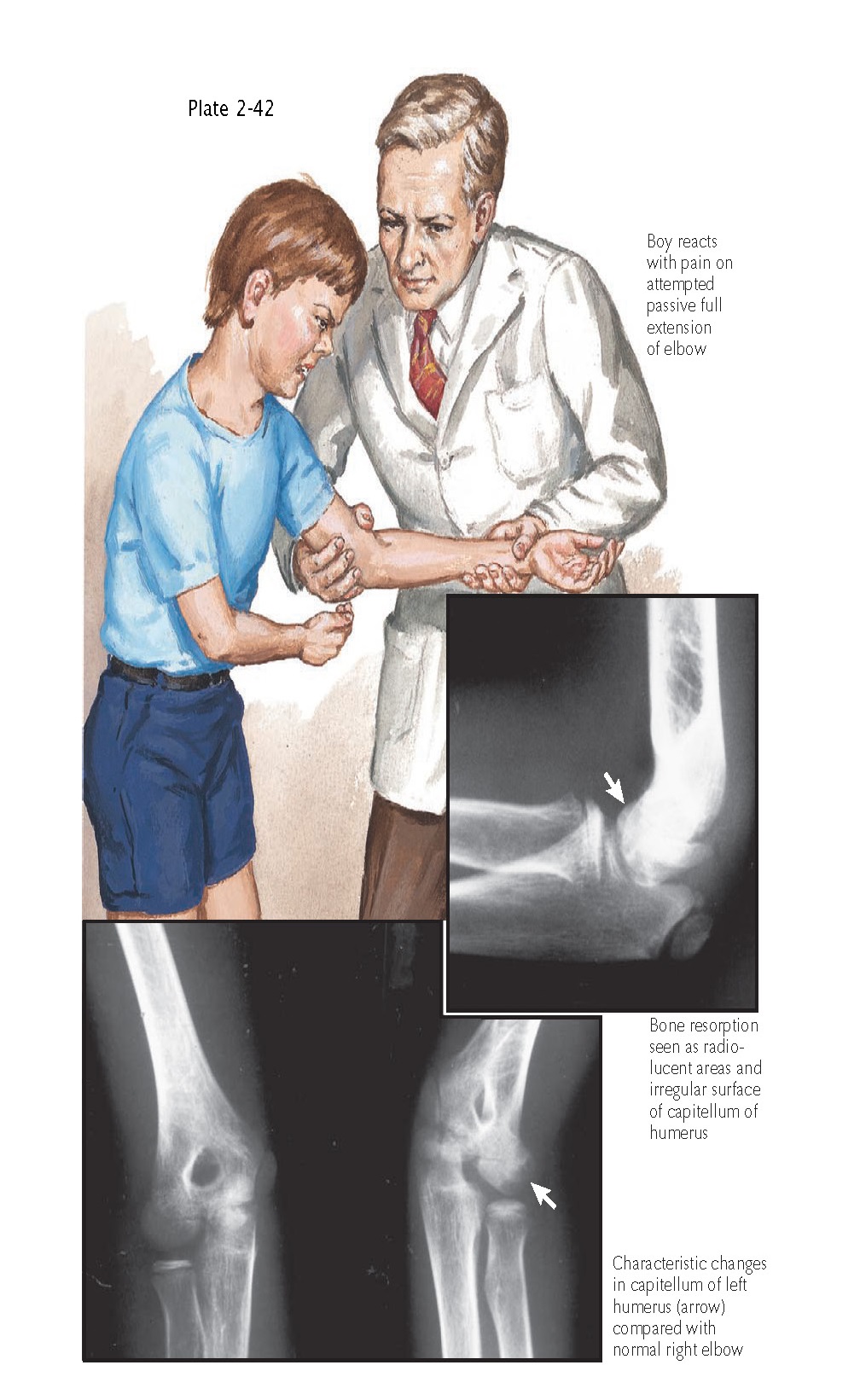 The pathologic process is similar to that of Legg-Calvé-Perthes disease and is believed to be caused by interference in the blood supply to the growing epiphysis, which results in resorption and eventual repair and replacement of the ossification center. The exact cause of this avascular necrosis, or bone infarct, continues to be debated, with popular theories including chronic repetitive trauma, congenital and hereditary factors, embolism (particularly fat), and endocrine disturbances. Whatever factors are responsible, the end result is avascular necrosis. Signs and symptoms are similar to those seen with osteochondritis dissecans, including dull, aching lateral elbow pain that is aggravated by use and may improve with rest. Tenderness and swelling along the lateral side of the elbow with loss of terminal elbow extension are also common. Initial radiographic changes can appear similar to osteochondritis dissecans, with fragmentation of the capitellar epiphysis, but whereas lesions of osteochondritis dissecans can often progress to loose fragments, loose bodies are rare in Panner disease. Typically, the normal radiographic appearance of the capitellum will be reconstituted over time as growth progresses. Residual deformity of the capitellum is rare. MRI will demonstrate signal changes in the capitellar epiphysis but may be less useful than in osteochondritis dissecans owing to the lack of concern for an unstable lesion or a loose body. 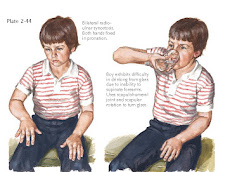 
CONGENITAL RADIOULNAR SYNOSTOSIS
Congenital radioulnar synostosis is an uncommon condition in which the proximal ends of the radius and ulna are joined, fixing the forearm in pronation. The deformity is due to a failure of the developing cartilaginous precursors of the forearm to separate during fetal development. Radioulnar synostosis is bilateral in 60% of patients and is frequently associated with other musculoskeletal abnormalities. Chromosomal abnormalities have been reported in some patients with bilateral involvement. Two types of synostosis are seen. In the first, called the headless type, the medullary canals of the radius and ulna are joined and the proximal radius is absent or malformed and fused to the ulna over a distance of several centimeters. The radius is anteriorly bowed and its diaphysis is larger and longer than that of the ulna. In the second type, the fused segment is shorter and the radius is formed normally but the radial head is dislocated anteriorly or posteriorly and fused to the diaphysis of the proximal ulna. The second type is often unilateral and sometimes associated with deformities such as syndactyly or supernumerary thumbs. 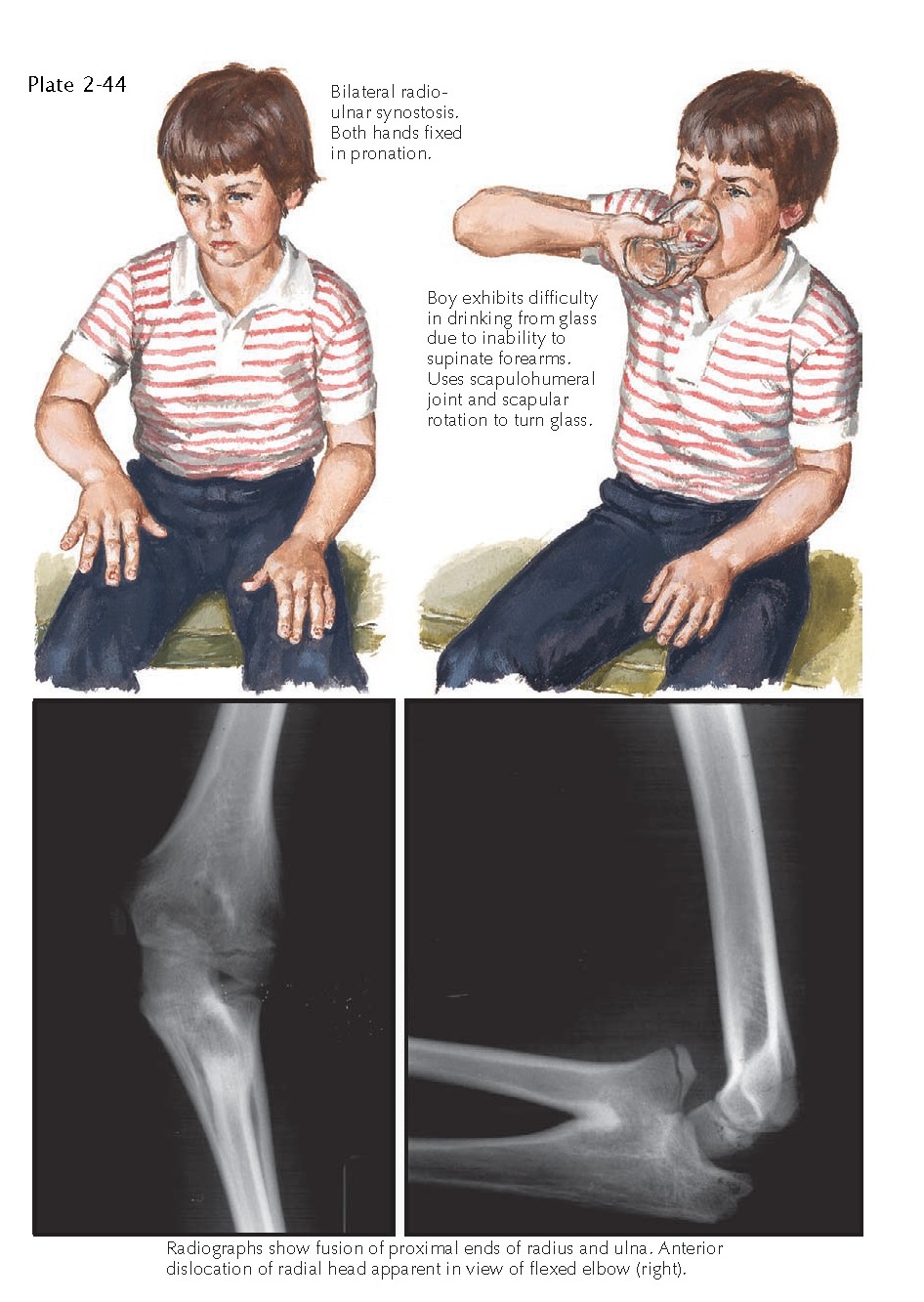 Radioulnar synostosis is present at birth but is usually not noticed until functional problems arise, most often in patients with bilateral involvement. Commonly, the only clinical finding is lack of rotation between the radius and the ulna, which fixes the forearm in a position of midpronation or hyperpronation. Range of motion in the elbow and wrist joints is usually normal or excessive, although some patients cannot completely extend the elbow. The degree of functional disability varies with the amount of fixed pronation and whether the condition is unilateral or bilateral. Unilateral deformity with less fixed pronation may be able to compensate with shoulder motion. However, in patients with bilateral involvement in which both hands are hyperpronated, many daily activities become problem- atic, such as turning a doorknob, buttoning clothing, drinking from a cup or eating, and personal hygiene. 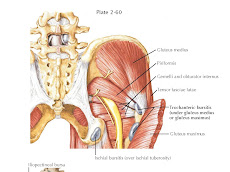 Lateral (or trochanteric) hip pain is a very common presenting complaint. Patients often report the insidious onset of pain over the hip bone (trochanter). Occasionally, this can be caused by trauma or direct injury to the prominence. Complaints include activity-related increases in pain as well as occasionally pain at rest. Often there will be difficulty lying on the affected side for sleep. Pain is usually described as sharp and burning. It may radiate down the lateral aspect of the thigh along the course of the iliotibial band. 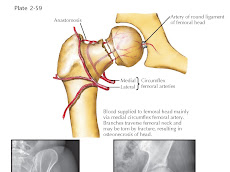 Avascular necrosis (AVN) of the femoral head is a debilitating disease that usually leads to osteoarthritis of the hip joint in relatively young adults (mean age at presentation, 38 years). The disease prevalence is unknown, but estimates indicate that 10,000 to 20,000 new cases are diagnosed in the United States per year, and up to 18% of total hip arthroplasties performed annually are for osteonecrosis of the femoral head. 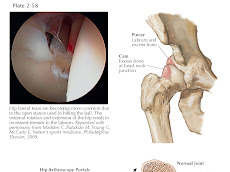 The recognition and diagnosis of hip pain in the non-arthritic state has been an evolving process over the past 15 years. Patient complaints often include insidious onset of deep nonpalpable pain. This may be described as deep in the groin or, less commonly, in the buttock area. Activity-related hip pain is the norm, because this is believed to be a condition of the active population. The most common offending activities include but are not limited to running and sitting for long periods of time, with the common mechanism being hip flexion past 90 degrees with some rotation. Patients will often commonly complain of laterally based pain as well, making a true diagnosis difficult to make. 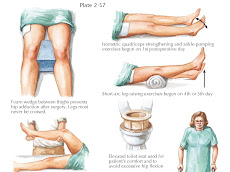 On the day of surgery, the patient performs deep-breathing and coughing exercises and isometric gluteus and quadriceps-setting exercises. Calf-pumping exercises are initiated to decrease the risk of thrombophlebitis. Lower limbs are maintained in position with an abduction splint. Active-assisted to mild resistive exercises are prescribed for unaffected joints and limbs. On the first postoperative day, the patient begins active-assisted range of motion of the affected hip and knee in all planes, with hip flexion limited to 80 degrees and extension limited to neutral. The patient is instructed in proper transfer techniques and is assisted in getting out of bed to stand for 15-minute periods. 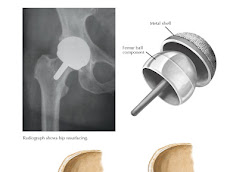