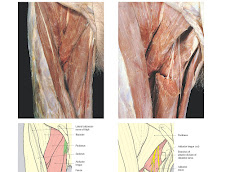 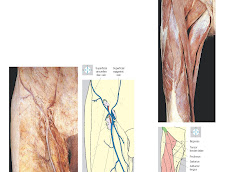 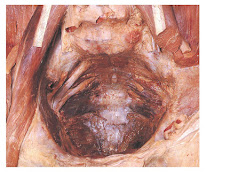 
Pelvic Cavity Anatomy
Although the pelvic cavity is in direct continuity with the abdominal cavity, the two regions are delineated by the pelvic inlet (pelvic brim). This lies at approximately 45° to the horizontal and comprises the sacral promontory posteriorly, the arcuate and pectineal lines laterally and the pubic crests and upper border of pubic symphysis anteriorly (Figs 5.1 & 5.26). 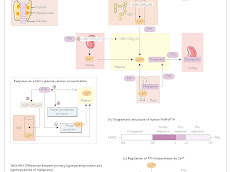 
Calcium Parathyroid Hormone
Clinical scenario
A 55-year-old woman, Mrs CB, had a routine blood test at her general practitioners and was found to have a serum calcium level of 2.88 mmol/L. She was referred to the local endocrine clinic. She was completely asymptomatic, having none of the classical symptoms associated with hypercalcaemia such as bone pain, abdominal pains, renal colic, thirst, polyuria or tiredness. Further investigations confirmed a high serum calcium in association with a low serum phosphate, normal Vitamin D concentrations, a raised 24-hour urine calcium excretion and an elevated serum parathyroid hormone concentration. Sestamibi radioisotope scanning revealed a single abnormality in the upper right parathyroid gland and subsequent surgery confirmed the presence of a single parathyroid adenoma. 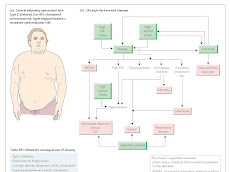 
Obesity Insulin Resistance and Endocrine Complications
Clinical background
Metabolic syndrome
Obesity is associated with a number of metabolic consequences characterized by insulin resistance and hyperlipidaemia. These in turn contribute to the increased risk of cardiovascular disease and diabetes (Fig. 48a and Table 48.1). Metabolic syndrome is the term given to a range of metabolic disturbances occurring in the same patient, all of which should be addressed and modified. Patients with metabolic syndrome have insulin resistance, which precedes the onset of hypertension and Type 2 DM and is thought to represent the primary pathological disturbance. Metabolic syndrome thus describes insulin resistance, hyperinsulinaemia, hypertension, hypertriglyceridaemia, low HDL- cholesterol and obesity. Patients with metabolic syndrome are at a high risk of macrovascular disease and treatment should be aimed at improving insulin sensitivity by diet and exercise and aggressive treatment of hyperlipidaemia. 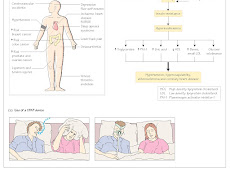 
Obesity Cardiovascular and Respiratory Complications
Clinical background
Obesity is associated with a number of complications and comorbidities. Cardiovascular disease is the major cause of death in obese patients and there is a direct link between the degree of obesity and the degree of hypertension. Other risk factors for coronary heart disease, such as smoking and hyper- lipidaemia, should be addressed. There is also a higher risk of thromboembolism and stroke in the obese population. Other complications include osteoarthritis, back pain, ligament and tendon injury, gallstones and an increased risk of certain cancers, in particular those of the colon, rectum, breast, endometrium and prostate (Fig. 47a). Sleep apnoea syndrome is more common in the obese, particularly men. 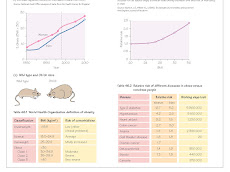 
Obesity Causes of Obesity
Clinical background
Obesity is a global problem in public health and rates of obesity are increasing throughout the world (Fig. 46a). The World Health Organization has defined obesity as ‘abnormal or excessive fat accumulation in adipose tissue to the extent that health is impaired’. Obesity is associated with an increased risk of Type 2 diabetes, hypertension, hyperlipidaemia, cardiovascular disease, sleep apnoea syndrome and respiratory failure, subfertility, arthritis and gallbladder disease. Targets are set using the measurement of Body Mass Index (BMI; weight [kg] / height2 [m2]) (Table 46.1). 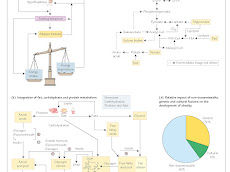 
Energy Homoeostasis Summary
Clinical background
In recent years, adipose tissue has become recognized as a highly metabolically active organ. In 1994, the hormone leptin was identified, a peptide almost exclusively secreted by adipose cells and with receptors both in the hypothalamus and peripheral tissues. Leptin has a number of actions both in relation to signalling satiety and altering energy metabolism. The identification of a rare family with leptin deficiency, extreme obesity and insulin resistance was followed by treatment of two children with recombinant leptin and successful loss of weight. However, in the majority of non-leptin-deficient obese individuals, circulating leptin levels are high and correlated with body fat mass, suggesting that leptin resistance may play a role in human obesity. Further work is needed to establish the exact role of this hormone in energy homeostasis. 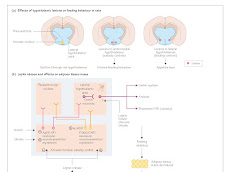 
Energy Homoeostasis Central Control
Clinical scenario
PG, a 15-year-old boy, presented to the paediatric endocrine clinic with delayed puberty and complaining of thirst and polyuria. Investigations revealed hypopituitarism and diabetes insipidus caused by a craniopharyngioma, a cystic tumour of the hypothalamus. He was treated with surgery and radiotherapy. Postoperatively he had deficiencies of all the anterior pituitary hormones requiring hormone replacement and persistent diabetes insipidus treated with DDAVP (see Chapter 35). In the year following treatment he gained 22 kg in weight. He found it extremely difficult to control his food intake and his mother noticed he would continue to eat any food that was in front of him. Attempts to follow a calorierestricted diet failed. 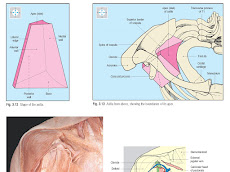 
Axilla Anatomy
The axilla is the space between the root of the upper limb and the chest wall. It is traversed by the principal vessels and nerves that pass between the upper limb and the root of the neck. The shape and size of the axilla vary according to the position of the shoulder joint but when the limb is in the anatomical position the axilla is shaped as a truncated pyramid with a narrow apex (inlet) superiorly, a broad base and three walls (Fig. 3.12). 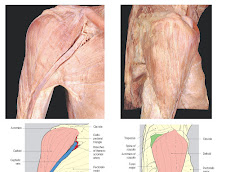 
Deltoid Anatomy
Deltoid is a large multipennate muscle responsible for the rounded contour of the shoulder region (Fig. 3.10). The muscle overlies the shoulder joint and the attachments of the short scapular muscles to the upper end of the humerus (Fig. 3.11). Proximally, it has a continuous attachment to the lateral third of the clavicle and to the acromion and spine of the scapula. 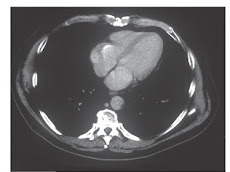 
Heart Anatomy
External features
The heart, enclosed in pericardium, occupies the middle mediastinum. It is roughly cone-shaped and lies behind the sternum with its base facing posteriorly and its apex projecting inferiorly, anteriorly and to the left, producing the cardiac impression in the left lung. 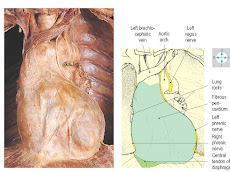 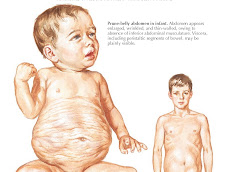 
PRUNE BELLY SYNDROME
The prune belly syndrome (PBS, also known as Eagle-Barrett or triad syndrome) is a rare, congenital disorder that occurs almost exclusively in males. Its major features include deﬁcient abdominal wall musculature, bilateral cryptorchidism, and urinary tract anomalies that include renal dysplasia, hydronephrosis, and dilation of the ureters and bladder. 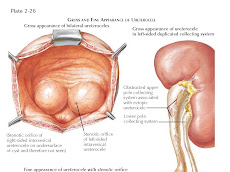 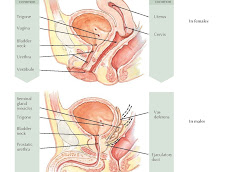 
ECTOPIC URETER
An ectopic ureter terminates caudal to the normal posi- tion in the trigone. Although a ureter that terminates cranial to the normal position is clearly abnormal, and is often associated with vesicoureteral reﬂux (see Plate 2-21), the term “ectopic” is generally not applied.
Home
Mohon Aktifkan Javascript!Enable JavaScript