The nucleus of the cell appears as a rounded or elongated structure situated near the center of the cell (see Fig. 4.1). All eukaryotic cells have at least one nucleus (prokaryotic cells, such as bacteria, lack a nucleus and nuclear membrane). Some cells contain more than one nucleus; osteoclasts (a type of bone cell) typically contain 12 nuclei or more. The platelet- producing cell, the megakaryocyte, has only one nucleus but usually contains 16 times the normal chromatin amount.
The nucleus can be regarded as the control center for the cell. It contains the deoxyribonucleic acid (DNA) that is essential to the cell because its genes encode the information necessary for the synthesis of proteins that the cell must produce to stay alive. These proteins include structural proteins and enzymes used to synthesize other substances, including carbohydrates and lipids. Genes also represent the individual units of inheritance that transmit information from one generation to another. The nucleus also is the site for the synthesis of the three types of ribonucleic acid (messenger RNA [mRNA], ribosomal RNA [rRNA], and transfer RNA [tRNA]) that move to the cytoplasm and carry out the actual synthesis of proteins. mRNA copies and carries the DNA instructions for protein synthesis to the cytoplasm; rRNA is the site of protein synthesis; and tRNA transports amino acids to the site of proteins synthesis for incorporation into the protein being synthesized. 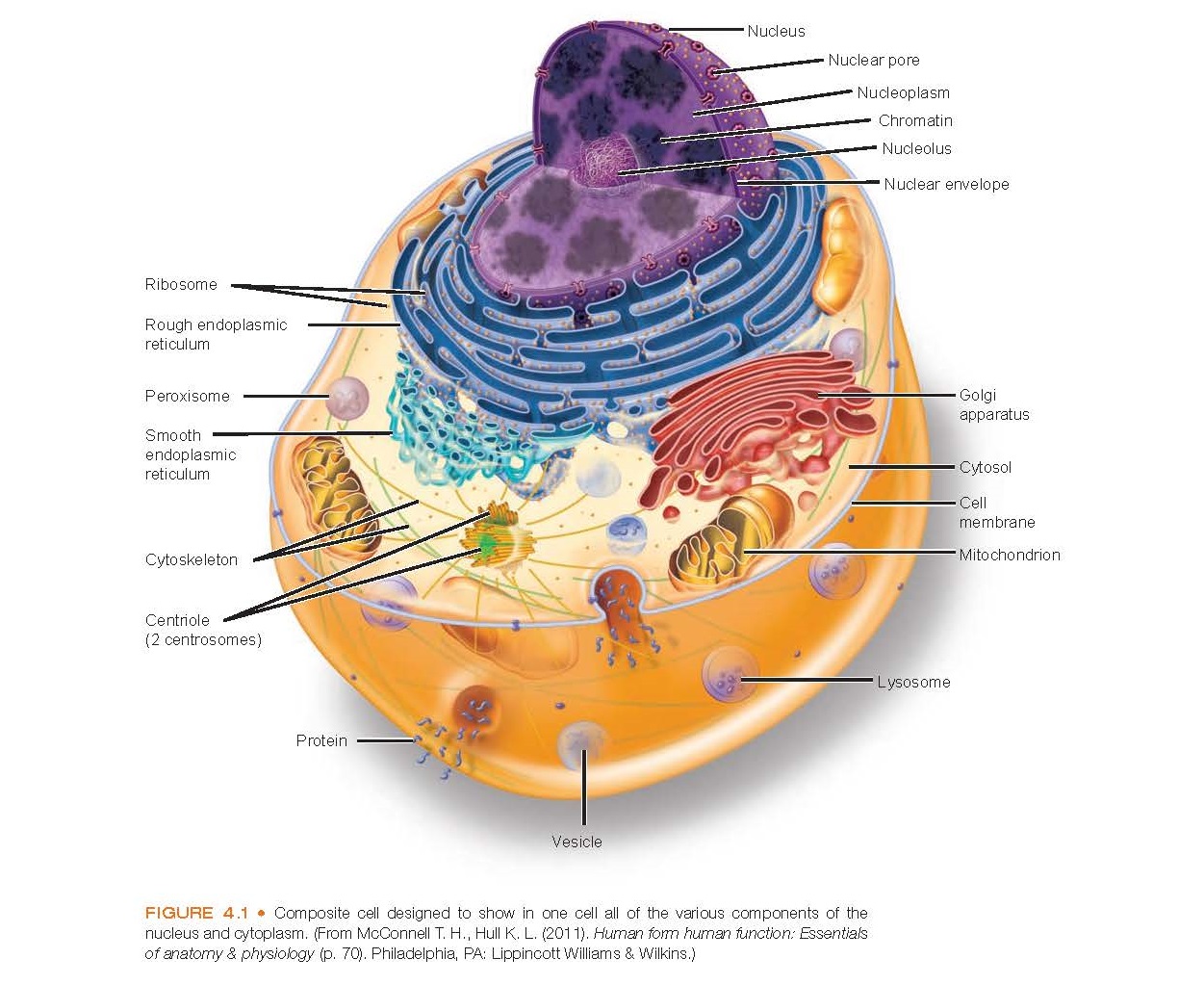 Chromatin is the term denoting the complex structure of DNA and DNA-associated proteins dispersed in the nuclear matrix. Depending on its transcriptional activity, chromatin may be condensed as an inactive form of chromatin called heterochromatin or extended as a more active form called euchromatin. Because heterochromatic regions of the nucleus stain more intensely than regions consisting of euchromatin, nuclear staining can be a guide to cell activity. Evidence suggests the importance that alteration in the chromatin, along with DNA hypermethylation, in neoplastic progression. It seems both of these processes work symbiotically not separately in their role regarding cancer.
The nucleus also contains the darkly stained round body called the nucleolus. The processing of rRNA and its assembly into ribosomes occurs exclusively in the nucleolus. Nucleoli are structures composed of regions from five different chromosomes, each with a part of the genetic code needed for the synthesis of rRNA. Euchromatic nuclei and prominent nucleoli are characteristic of cells that are actively synthesizing proteins.

Surrounding the nucleus is the nuclear envelope formed by two (outer and inner) nuclear membranes containing a perinuclear cisternal space between them. The inner nuclear membrane is supported by a rigid network of protein filaments that bind to chromosomes and secure their position in the nucleus. The outer nuclear membrane resembles the membrane of the endoplasmic reticulum (ER) and is continuous with it. The nuclear envelope contains many structurally complex circular pores where the two membranes fuse to form a gap filled with a thin protein diaphragm. Many classes of molecules, including fluids, electrolytes, RNA, some proteins, and hormones, move in both directions through the nuclear pores. Nuclear pores apparently regulate the bidirectional exchange of molecules between the cytoplasm and the nucleus.