URINE CONCENTRATION AND DILUTION AND OVERVIEW OF WATER HANDLING


URINE CONCENTRATION AND DILUTION AND OVERVIEW OF WATER HANDLING
In normal kidneys more than 180 liters of ﬂuid are ﬁltered into the nephrons each day, but nearly all of it is reabsorbed into the peritubular circulation.
Tight junctions form a watertight seal between tubular epithelial cells throughout most of the nephron. Thus, water reabsorption occurs primarily through a transcellular route, requiring specialized channels known as aquaporins (AQPs) in both the apical and basolateral compartments of the plasma membrane. 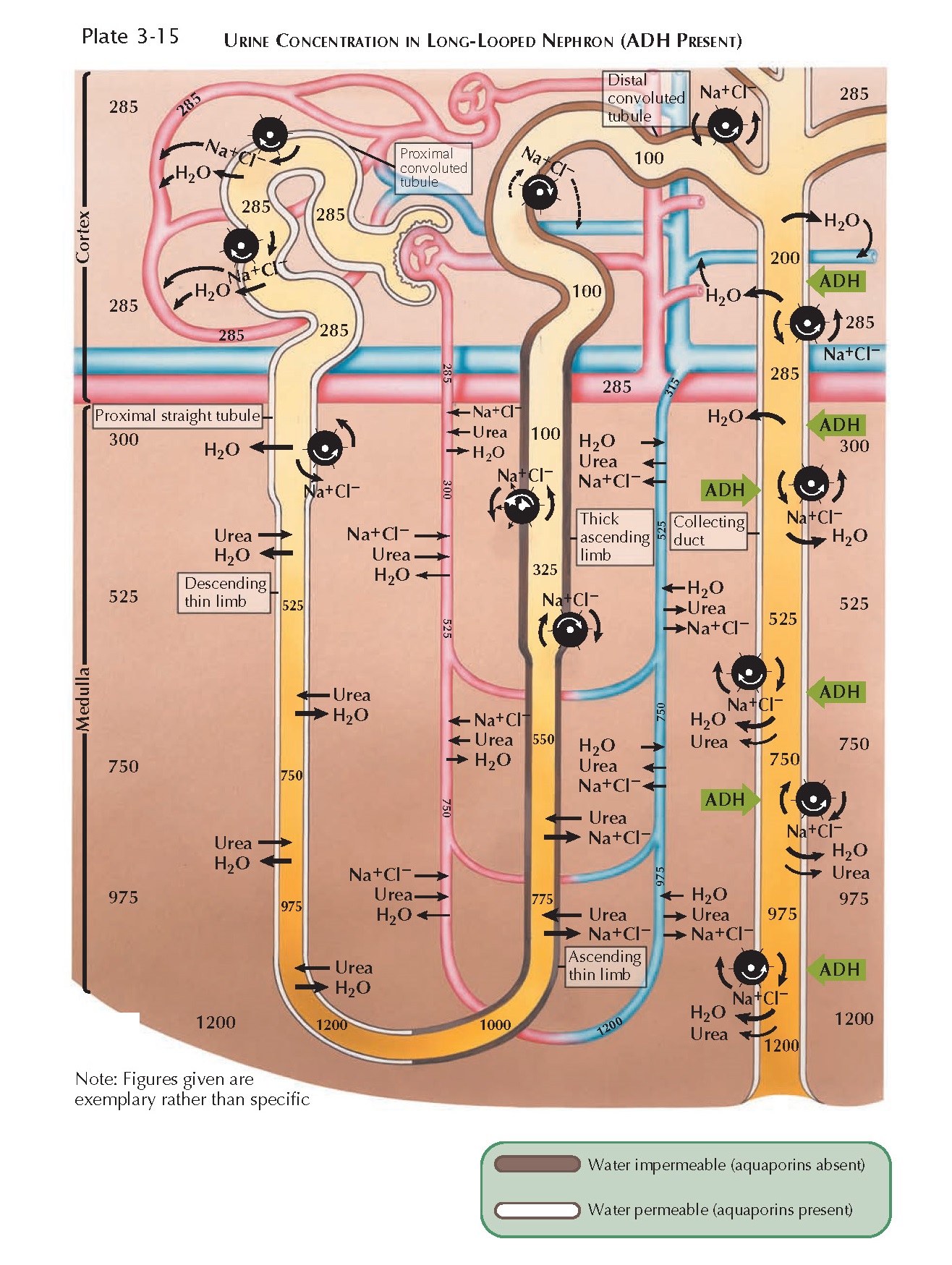 Because aquaporins are channels, and not pumps, the reabsorption of water is a passive process, dependent on osmotic pressure from solutes concentrated in the sur-rounding interstitium.
In each tubular segment, the reabsorption of water can be greater than, less than, or equal to the reabsorption of solutes. As a result, urine becomes more concentrated as it passes through some segments and more diluted as it passes through others. The ﬁnal concentration of excreted urine is determined in the collecting duct, which reﬂects not only the fact that this segment is located at the end of the nephron, but also that it reabsorbs water at a variable rate based on hormonal input.
Proximal Tubule. The proximal tubule reabsorbs two thirds of the ﬁltered water. There is a large gradient for water reabsorption from this segment because of the high rate of solute reabsorption. As solute begins to accumulate in the interstitium, water crosses from the tubular lumen to the interstitium through AQP-1 channels in both the apical and basolateral plasma membranes.
Because water reabsorption from the proximal tubule is directly dependent on the rate of solute reabsorption, and because AQP-1 channels are always present, the ﬁltrate remains iso-osmotic to plasma as it passes through this segment. 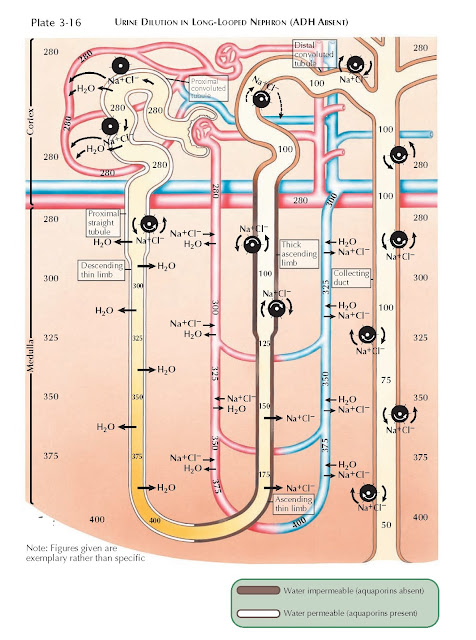