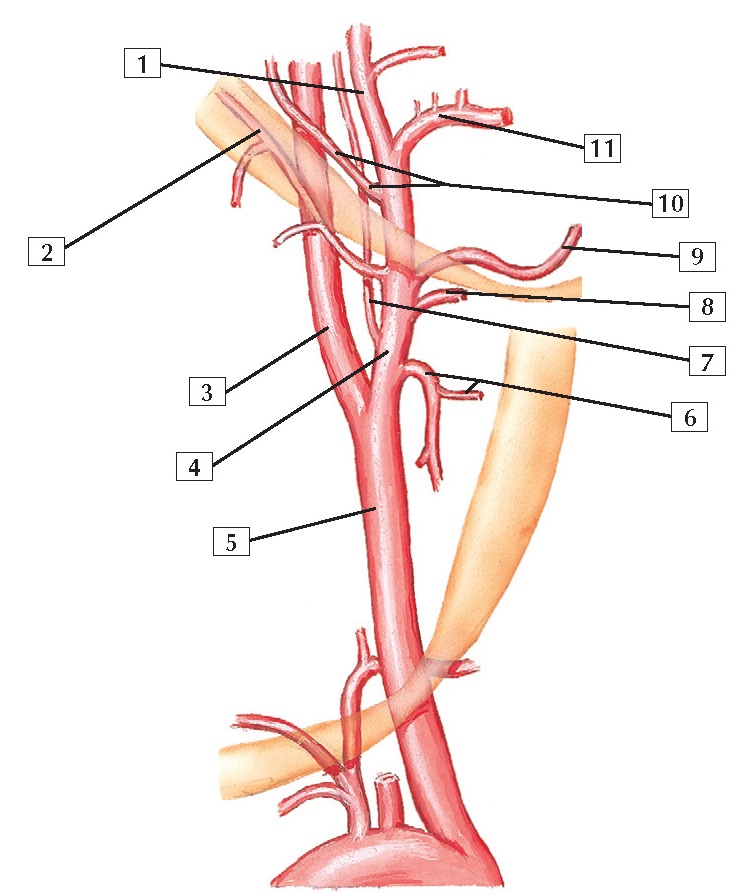 These 8 branches supply much of the blood to the head outside of the cranium, although several branches also ultimately enter the cranial regions (meningeal and auricular branches of the maxillary artery, 1 of the terminal branches of the external carotid).

Clinical: The branches of the external carotid arteries anastomose across the midline neck (superior thyroid arteries) and the face to provide collateral circulation should an artery be compromised by occlusion or lacerated in trauma.

The small branches of the superficial temporal artery supply the scalp, which bleeds profusely when cut because the small arteries are held open (rather than retracted into the subcutaneous tissue) by the tough connective tissue lying just beneath the skin (epidermis and dermis).

Related Posts
Home
Give us your opinion