INTRAPULMONARY AIRWAYS
According to the distribution of cartilage, airways are divided into bronchi and bronchioles. Bronchi have cartilage plates as discussed earlier. Bronchioles are distal to the bronchi beyond the last plate of cartilage and proximal to the alveolar region. Cartilage plates become sparser toward the periphery of the lung, and in the last generations of bronchi, plates are found only at the points of branching. The large bronchi have enough inherent rigidity to sustain patency even during massive lung collapse; the small bronchi collapse along with the bronchioles and alveoli. Small and large bronchi have submucosal mucous glands within their walls. 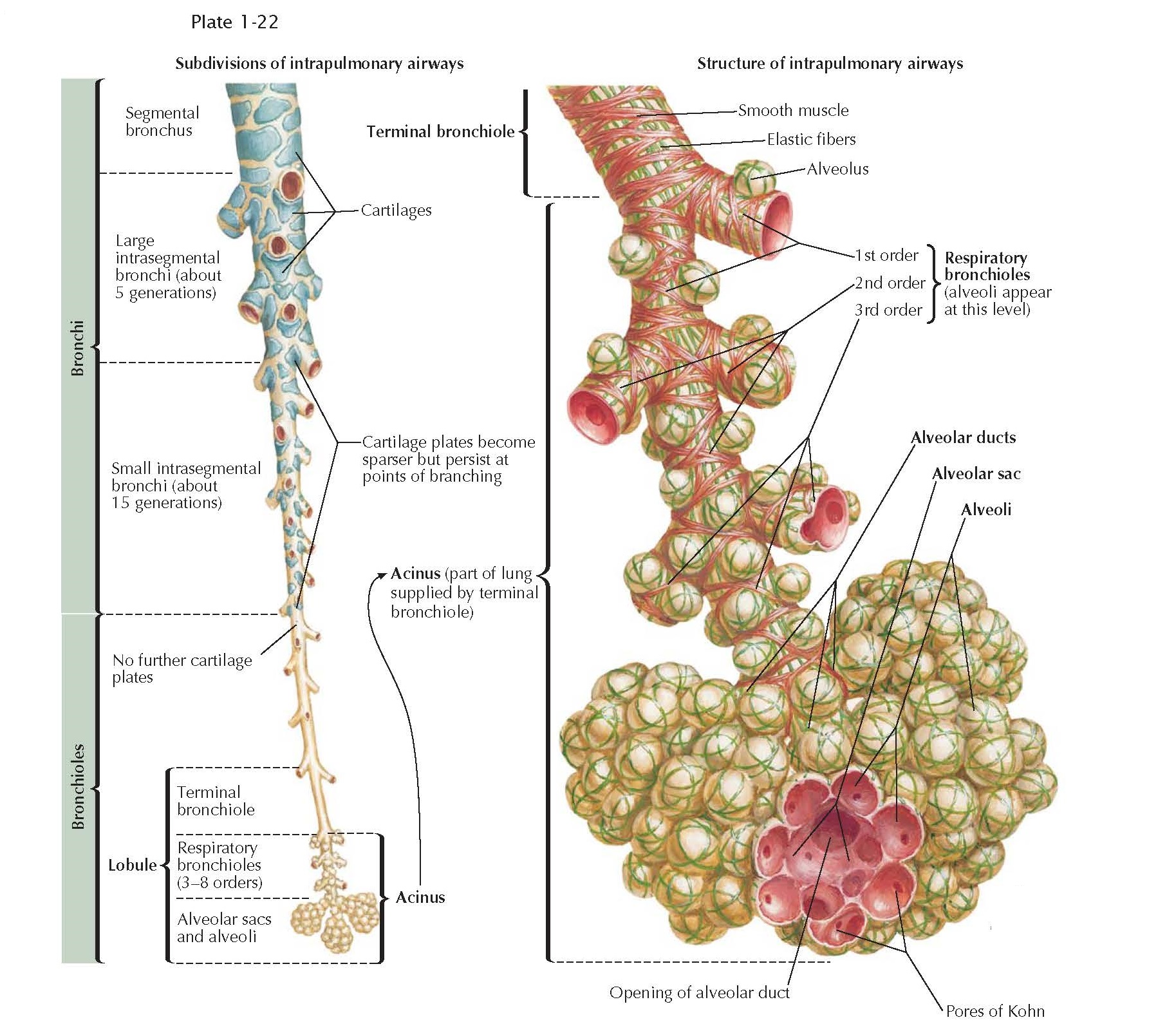 When any airway is pursued to its distal limit, the terminal bronchiole is reached. Three to ﬁve terminal bronchioles make up a lobule. The acinus, or respiratory unit, of the lung is deﬁned as the lung tissue supplied by a terminal bronchiole. Acini vary in size and shape. In adults, the acinus may be up to 1 cm in diameter. Within the acinus, three to eight generations of respiratory bronchioles may be found. Respiratory bronchioles have the structure of bronchioles in part of their walls but have alveoli opening directly to their lumina as well. Beyond these lie the alveolar ducts and alveolar sacs before the alveoli proper are reached.
None of these units is isolated from its neighbor by complete connective tissue septa. Collateral air passage occurs between acinus and acinus and between lobule and lobule through the pores of Kohn in the alveolar wall and through respiratory bronchioles between adjacent alveoli.
Connective tissue forms a sheath around airways and blood vessels. It also forms septa that are relatively numerous in some parts of the edges of the lingula and middle lobe and parts of the costodiaphragmatic and costovertebral edges. These septa impede collateral ventilation but do not prevent collateral air drift because they never com letely isolate one unit from its neighbor in humans.