Epidermolysis bullosa acquisita (EBA) is a rare chronic autoimmune blistering disease that is caused by auto-antibodies against type VII collagen. EBA has many features in common with the dominantly inherited form of the blistering disease, dystrophic epidermolysis bullosa (DEB). DEB is caused by a genetic defect in collagen VII that leads to a reduced amount or total lack of this type of collagen. Collagen VII serves as the anchoring fibrils that attach the epidermis via a series of protein connections to the dermis. Any defect in the production of collagen VII or abnormal destruction of this protein leads to blistering of the skin. EBA has been shown to be associated with a number of underlying systemic diseases, including inflammatory bowel disease, leukemia, and other autoimmune diseases.

Clinical Findings: EBA is an extremely rare disease that affects 1 in 2,000,000 to 3,000,000 people. It is almost always seen in the adult population, with the peak incidence in the fifth decade of life. A small number of cases of children affected by EBA have been reported. There is no race or sex predilection. EBA manifests with blister formation or with fragile skin and erosions from slight trauma. This can have a similar clinical appearance to porphyria cutanea tarda (PCT). The blistering is most frequently located in regions that experience mechanical friction or trauma. The dorsal surfaces of the hands are almost always involved, and patients complain of skin fragility and blister formation after slight trauma. The blisters heal slowly with scar- ring, and on close inspection, milia are found in the region of the healed blister. The mucous membranes are frequently involved, and oral disease can lead to weight loss. Other clinical variants of EBA have been described, and they typically mimic the clinical appearance of other autoimmune blistering diseases. For this reason, the only method to correctly diagnosis any blistering disease is by correlation of clinical and pathological findings. 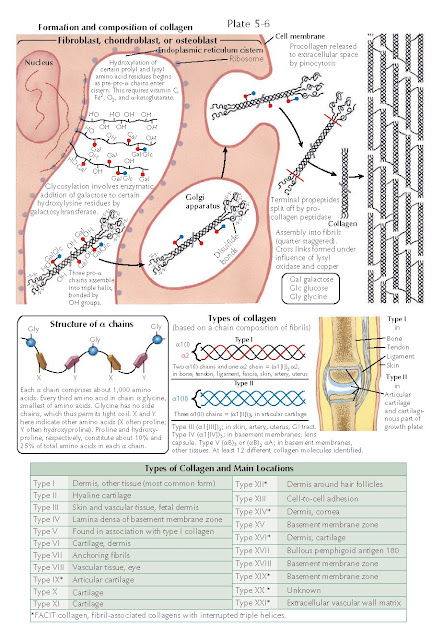 Pathogenesis: EBA is caused by the production of autoantibodies directed against type VII collagen. The noncollagenous portions of type VII collagen are the most antigenic sections. Type VII collagen is the main component of the anchoring fibrils found within the dermis. The antibodies that have been found are in the immunoglobulin G subclass. They activate complement, which results in inflammation and destruction of the anchoring fibrils, eventually leading to fractures within the dermal-epidermal junction and, ultimately, to blistering. The etiology of antibody formation is not fully understood.

Histology: Biopsy specimens of EBA show a cell-poor subepidermal blister. The amount of inflammation is often minimal, but in some subtypes of the disease a lymphocytic infiltrate can be appreciated. The histological differential diagnosis includes bullous pemphigoid, and only with immunostaining can one decisively make the correct diagnosis. With immunohistochemical staining for collagen IV, the main component of the lamina densa, the blistering can be localized to the plane above the lamina densa in bullous pemphigoid or below the lamina densa in EBA. The salt-split skin method has also been used to split skin through the lamina lucida by incubating the skin specimen in 1M NaCl. Immunofluorescence staining of the split skin shows staining below the split in EBA and above the split in bullous pemphigoid.

Treatment: Therapy is difficult. Treatment of any underlying autoimmune disease or malignancy may help keep the blistering disease under control. Even with therapy, EBA tends to run a chronic waxing and waning course with frequent flares. Immunosuppressive agents have been used in EBA with varying success. Azathioprine, methotrexate, prednisone, intravenous immunoglobulin (IVIG), rituximab, mycophenolate mofetil, and cyclophosphamide have all been used. Dapsone and colchicine have had anecdotal reports of success as well.

Supportive care is critical. Protection of the skin from trauma can help decrease blister formation. Early detection of infection and intervention to treat super- infection are critical. Even with all the current treatment strategies that have been attempted for EBA, the disease tends not to go into remission and remains chronic in nature.