The posterior pituitary is neural tissue and is formed by the distal axons of the supraoptic nucleus (SON) and the paraventricular nucleus (PVN) of the hypothalamus. The axon terminals store neurosecretory granules that contain vasopressin and oxytocin—both are nonapeptides consisting of a six–amino acid ring with a cysteine-to-cysteine bridge and a three–amino acid tail. In embryogenesis, neuroepithelial cells of the lining of the third ventricle migrate laterally to and above the optic chiasm to form the SON and to the walls of the third ventricle to form the PVN. The blood supply for the posterior pituitary is from the inferior hypophysial arteries, and the venous drainage is into the cavernous sinus and internal jugular vein. 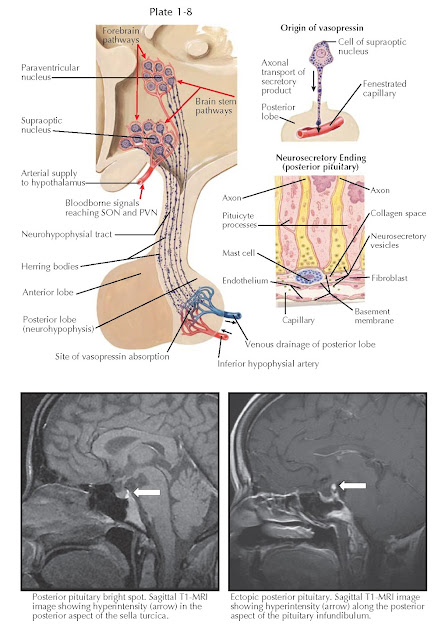