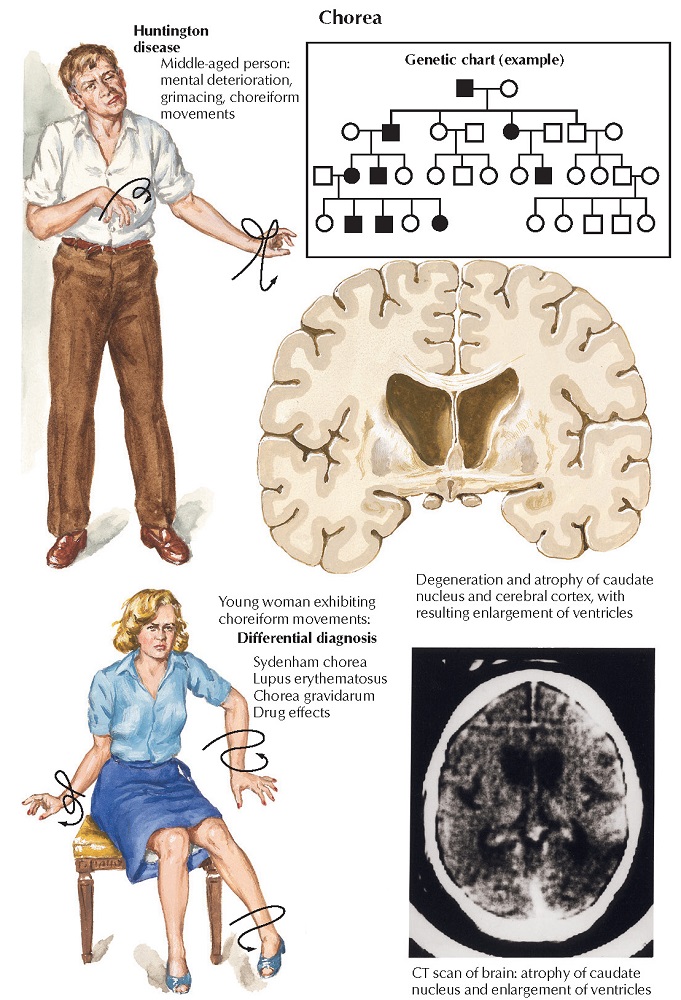 Various tremors (rhythmic oscillations around a joint), tics (repetitive, sudden, coordinated, abnormal movements), and chorea (irregular, unpredictable, involuntary muscle jerks) are components of disorders of coordinated movement. Gilles de la Tourette syndrome (which includes involuntary verbal outbursts) is a disorder of unknown cause. Current therapy consists primarily of haloperidol and other dopamine D2 receptor antagonists. Huntington disease is a dominantly inherited disorder characterized by progressive chorea and dementia. It is typically associated with an adult onset and a shortened lifespan. GABA and enzymes for ACh and GABA synthesis are deficient in the basal ganglia of patients with Huntington disease. Current therapy consists usually of amine­depleting drugs, such as tetrabenazine, or haloperidol or other dopamine D2 receptor antagonists. Hypotension, depression, sedation, restlessness, and parkinsonism are the most common adverse drug effects.