Parkinsonism: Levodopa, Carbidopa, and Other Drugs 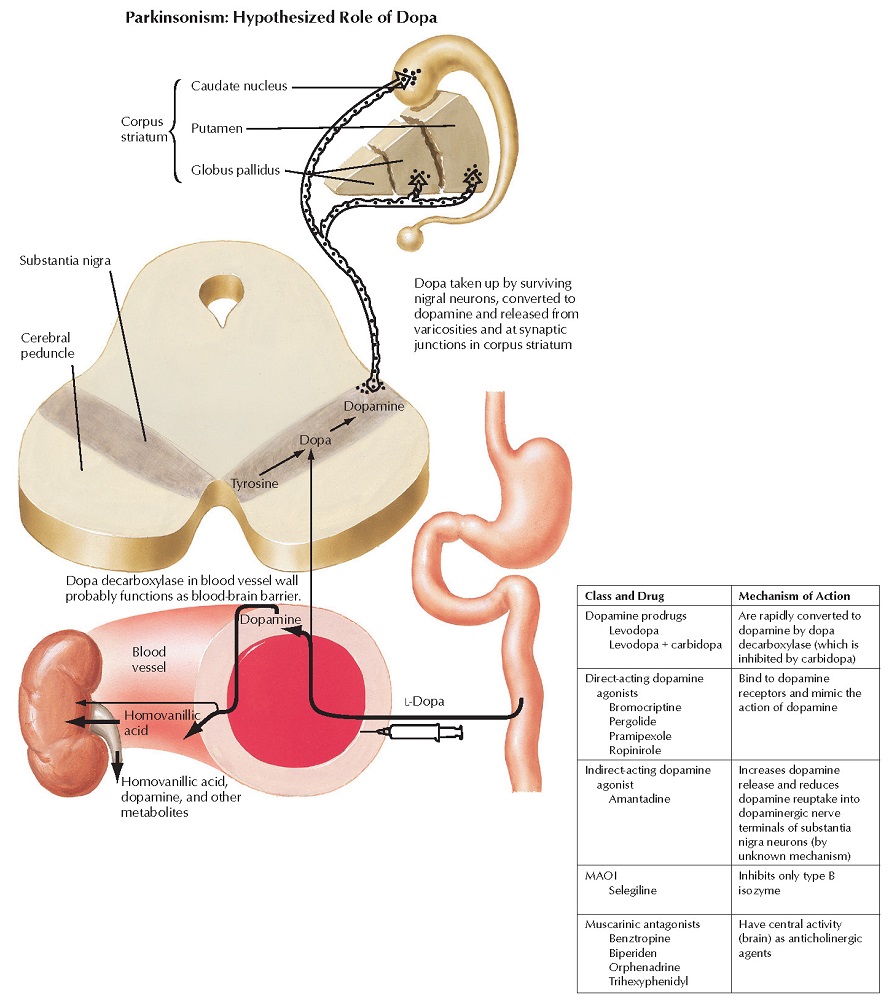 Parkinsonism: Levodopa, Carbidopa, and Other Drugs

Treatment aims to replenish dopamine, or at least to reestablish the balance between dopamine and ACh influences on striatal neurons. Dopamine cannot cross the blood­brain barrier, so its metabolic precursor, levodopa, is used. Most of an oral dose is rapidly converted to dopamine by dopa decarboxylase located in blood vessel walls. Approximately 1% to 5% of the dose crosses the blood­brain barrier, enters metabolic pathways of dopaminergic neurons, and is converted to dopamine. To increase the amount of levodopa that enters the brain, it is usually given with an inhibitor of dopa decarboxylase (such as carbidopa) that does not easily cross the blood­brain barrier. Peripheral conversion of levodopa to dopamine is thus reduced, so more levodopa enters the brain. Adverse effects include the on­off effect, arrhythmias, and hypotension. Direct­acting dopamine receptor agonists, inhibitors of dopamine metabolism (eg, MAOIs), anticholinergic agents, and amantadine are other drug options.