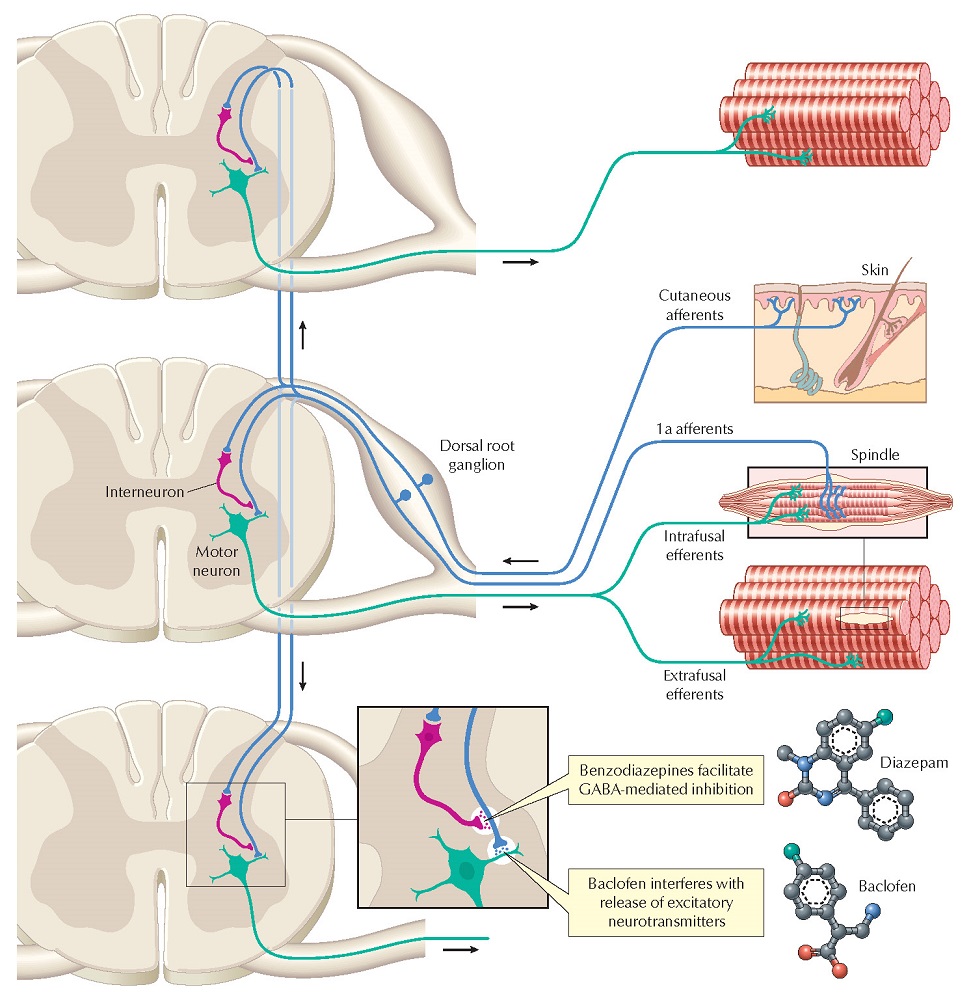 Skeletal muscle spasticity often results from neuronal, not muscle, deficits. The reflex arc involved in coordinated skeletal muscle action involves several neurons, including interneurons, in the spinal cord. These spinal polysynaptic reflex arcs are depressed by a number of drugs, including barbiturates. However, nonspecific depression of synapses is not desirable because normal muscle function can be disrupted.

More specific agents, including CNS­acting drugs, are preferred. Benzodiazepines allosterically facilitate GABA­mediated Cl− influx (Figure 3­9) throughout the CNS, including the spinal cord. They are used for muscle spasm of almost any cause but can also produce excess sedation. Baclofen is a GABAB receptor agonist that hyperpolarizes neurons by increasing K+ conductance. Other CNS­acting antispasmodic agents include α2­adrenoceptor agonists (eg, tizanidine), GABAA and GABAB receptor agonists, and the inhibitory amino acid Gly.