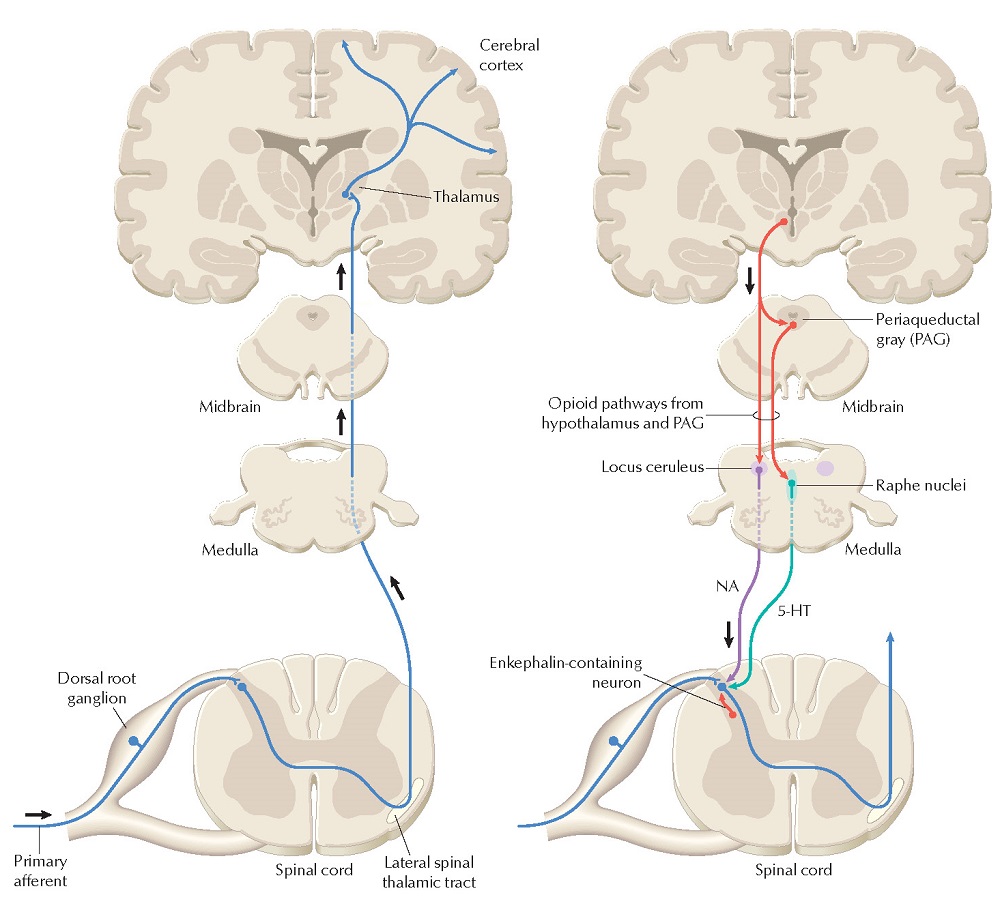 Tissue injury can lead to cellular changes involving release of chemicals (eg, histamine) that start or quicken neuronal impulses that are interpreted as pain. Many neuronal pathways transmit pain sensation. For example, pain from peripheral injury reaches the CNS via primary afferent neurons, whose cell bodies form the DRG.

Disorders such as phantom limb pain may involve abnormal DRG structure or function. Primary afferents end mainly in the dorsal horn of the spinal cord. Secondary neurons cross the spinal cord and ascend in pathways to the thalamus, the cerebral cortex, and other sites. A descending system of opioid (endorphins, enkephalins), 5­HT (eg, from raphe nuclei), and noradrenergic (eg, from locus ceruleus) pathways can lessen afferent signals. Drugs that act at pathways mediating pain sensation or perception are local (eg, lidocaine) and general (eg, halothane) agents, opioids (eg, morphine), and nonopioids (eg, aspirin and acetaminophen).