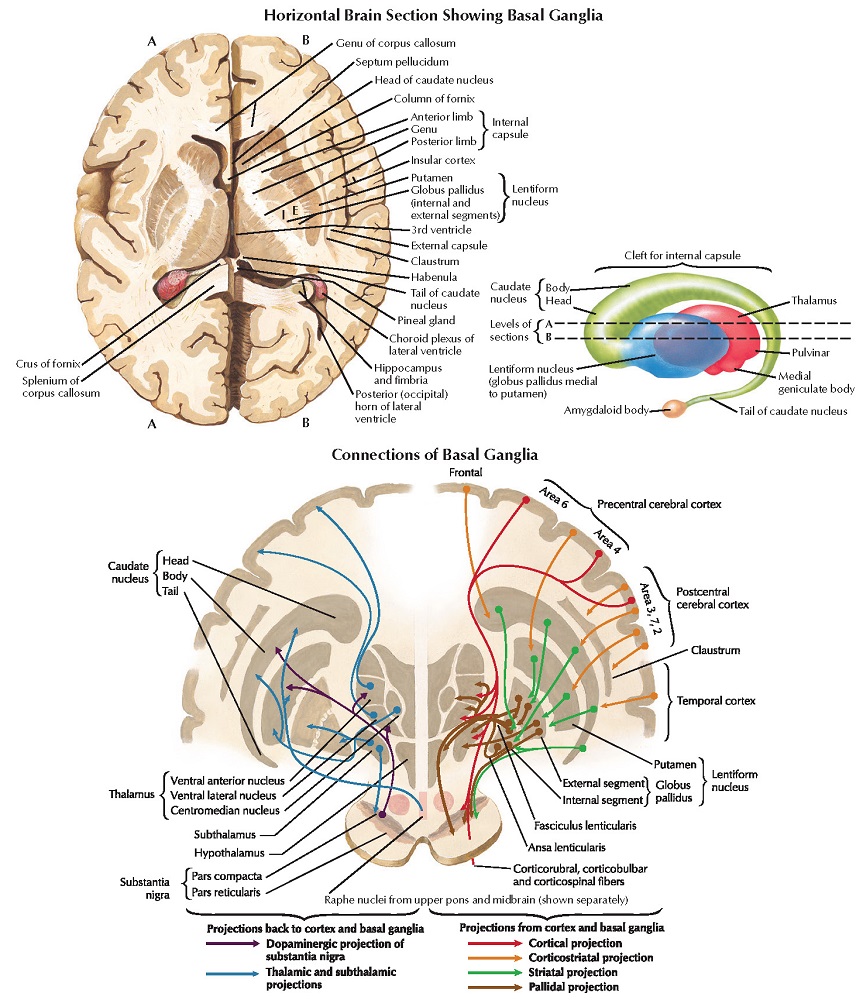 Several major neuronal tracts coordinate somatic motor functions. One is the pyramidal tract, whose direct motor component goes from the precentral gyrus through the internal capsule and midbrain and terminates on motor neurons in the anterior horn of the spinal cord. Extrapyramidal tracts (eg, rubrospinal, reticulospinal, and corticoreticular) are also important for motor control. The basal ganglia (including caudate nucleus, putamen, and globus pallidus) are subcortical masses found between the cerebral cortex and thalamus that, together with the substantia nigra, help to coordinate movement. A major pathway, the nigrostriatal, originates in the substantia nigra and connects with basal ganglia and other structures. The substantia nigra receives reciprocal input from these structures plus others. Efferent pathways (nigrostriatal) are dopaminergic; afferent input is from neurons containing 5­HT, GABA, and substance P. Defects in these pathways lead to motor incoordination or incapacity. 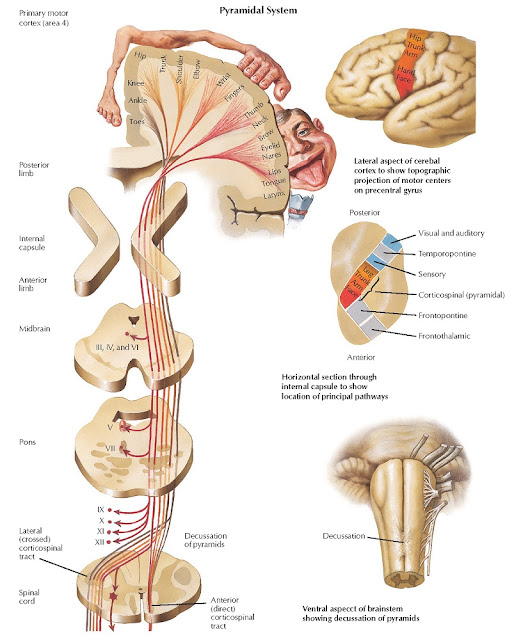