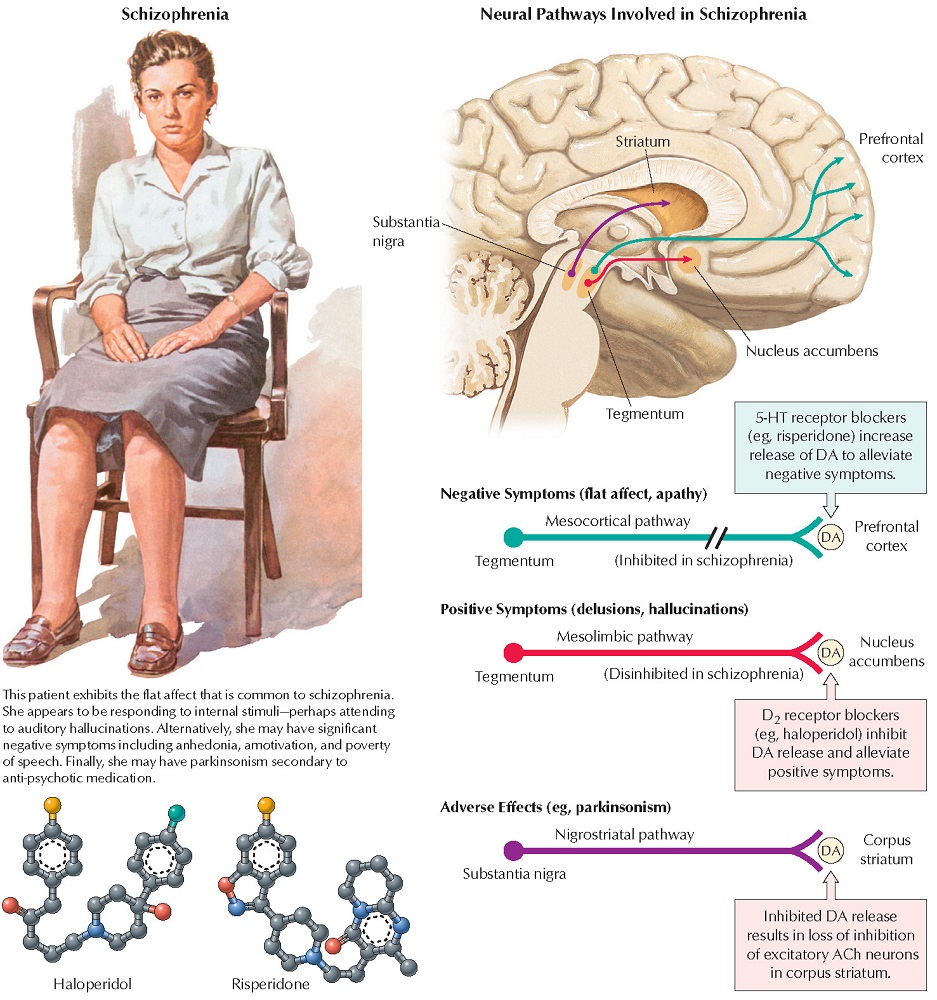 Psychoses are psychogenic mental disorders involving a loss of contact with reality. The most common is schizophrenia, in which perception, thinking, communication, social functioning, and attention are altered. Caused by genetic and environmental factors, it affects approximately 10% of the population. Symptoms are called positive (eg, delusions, hallucinations) or negative (eg, flat affect, apathy); cognitive dysfunction may occur.