Muscles Anatomy
The muscles of the erector spinae group are covered in the lumbar region by the thoracolumbar fascia, in the lumbar and thoracic regions by the serratus posterior muscles and in the neck by the splenius muscles.
In the lumbar region, the thoracolumbar fascia is trilaminar and encloses erector spinae posteriorly and quadratus lumborum anteriorly (Fig. 8.28). At the lateral margins of both muscles, the laminae of the fascia fuse and give attachment to the transversus abdominis (Fig. 8.28).
Serratus posterior superior and inferior (Figs 8.29 & 8.30) are weak respiratory muscles, which connect lower cervical and upper thoracic spines with upper ribs, and lower thoracic and upper lumbar spines with lower ribs, respectively. They are supplied by branches of anterior rami of thoracic spinal nerves (intercostal nerves). 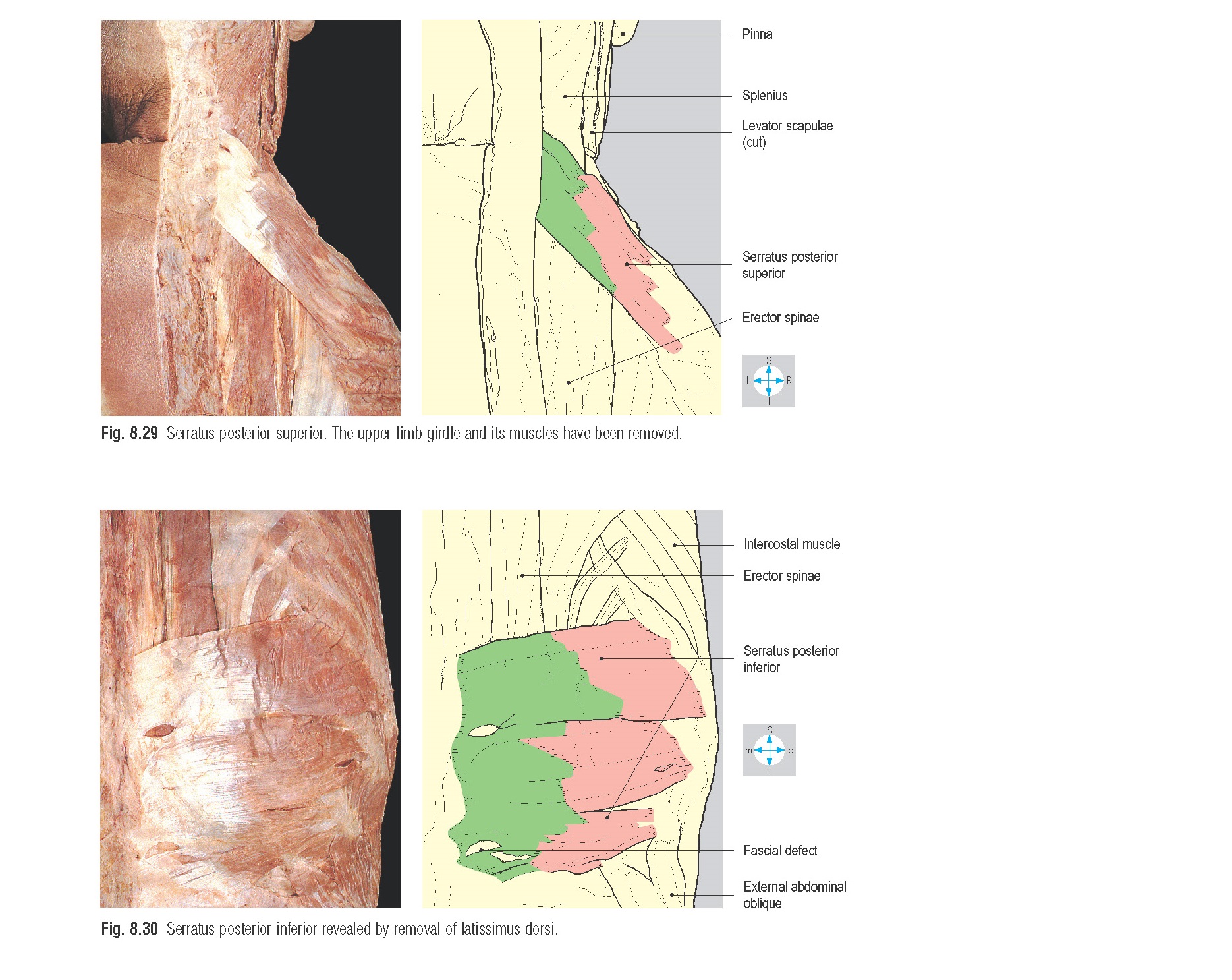 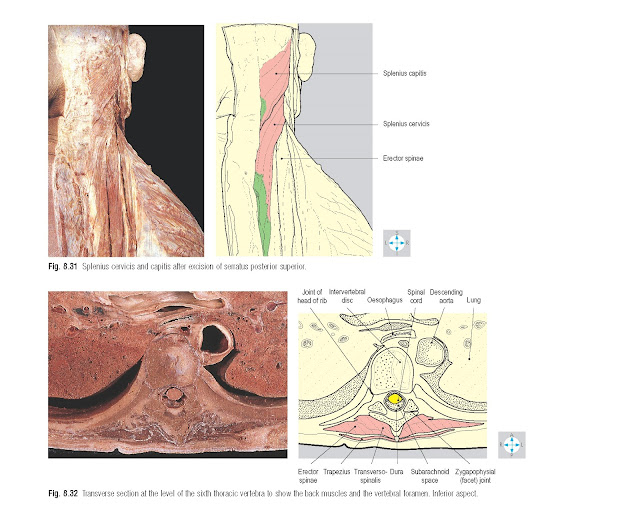 Actions
Simultaneous contraction of the deep muscles of both sides extends the vertebral column and regulates or prevents flexion. Unilateral contraction produces lateral flexion and rotation, assisted by the abdominal oblique muscles. The deep muscles have a very important role in achieving and maintaining the fully upright posture. 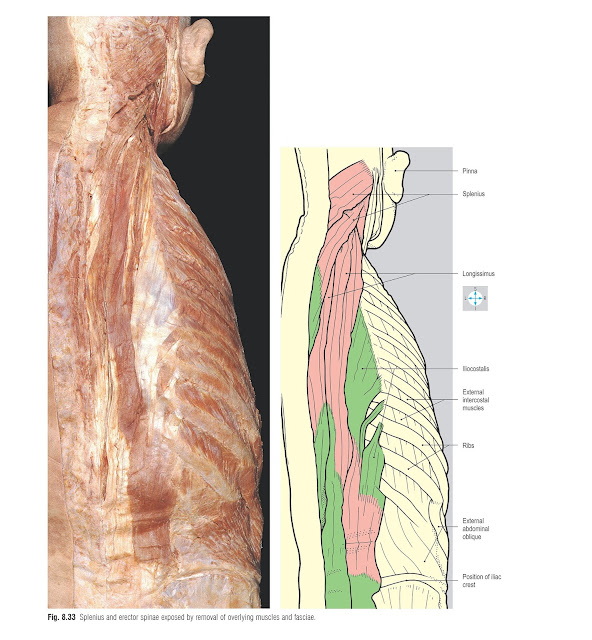