Spinal Cord Anatomy
Surface features
At the level of the upper border of the atlas, the spinal cord is directly continuous with the medulla oblongata. Inferiorly, the cord usually extends as far as the first lumbar intervertebral disc, where it terminates as the conus medullaris. In transverse section, the spinal cord is oval, with its smaller diameter anteroposteriorly. The cord is especially wide at the cervical and lumbar enlargements due to increased numbers of nerve cell bodies within the spinal cord, which innervate the upper and lower limbs.
On the anterior aspect of the cord lies the anterior median fissure, whereas posteriorly, there is a relatively shallow posterior median sulcus. On each side, a posterolateral sulcus marks the site of attachment of the posterior nerve roots. 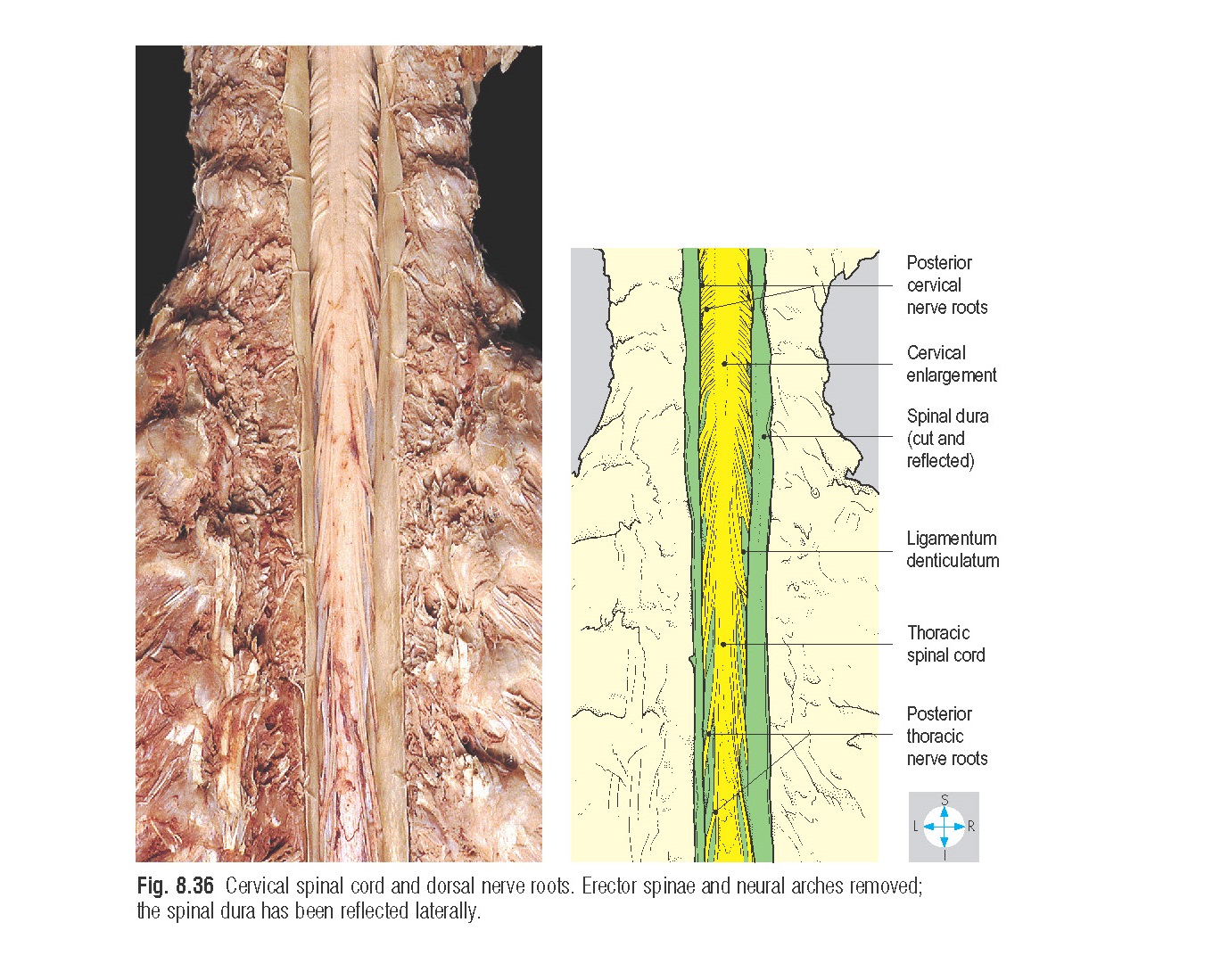 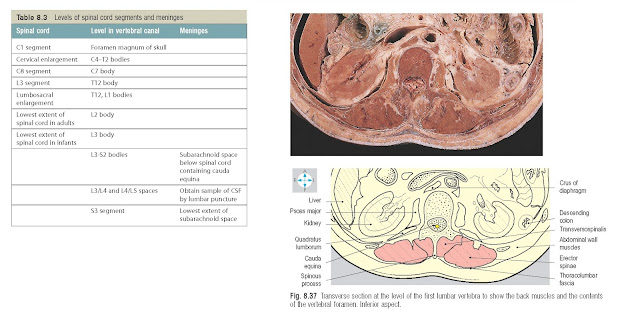 Blood supply
The spinal cord receives its arterial supply from anterior and posterior spinal arteries that arise from vertebral arteries and are reinforced by branches of the deep cervical, intercostal and lumbar arteries. These vessels form a longitudinal anastomosis that runs the length of the spinal cord. One main branch from an upper lumbar or lower thoracic artery often provides an important supply to the spinal cord. Damage to this vessel, the artery of Adamkiewicz, may threaten the viability of part of the spinal cord. For example, lumbar arteries may become blocked in aortic aneurysm disease, resulting in spinal cord ischaemia leading to paraplegia with paralysis and loss of sensation in both lower limbs. The venous return from the spinal cord drains into a series of longitudinal anastomosing channels, which empty into veins corresponding to the arteries.