THE ORIGIN OF EUKARYOTES

THE ORIGIN OF EUKARYOTES

Eukaryotic cells are the third domain of life, called the Eukarya, which arose as a branch from the Archaea (Figure 1.7). A critical step in the evolution of eukaryotic cells was the acquisition of membrane-enclosed subcellular organelles, allowing the development of the complexity characteristic of these cells. It is likely that some organelles evolved from invaginations of the plasma membrane.

Figure 1.7 Evolution of cells. Present-day cells evolved from a common ancestor that gave rise to the two prokaryotic domains of life, the Archaea and Bacteria. The evolution of eukaryotic cells (Eukarya) from the Archaea involved the formation of mitochondria by endosymbiosis. Plants and green algae subsequently evolved by the endosymbiotic formation of chloroplasts. 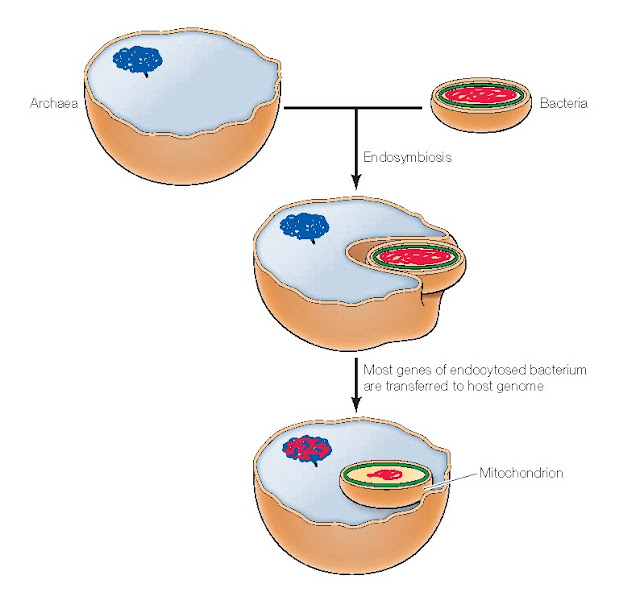 Figure 1.8 Endosymbiosis Mitochondria arose from aerobic bacteria living with the archaeal ancestor to eukaryotes. Most bacterial genes were subsequently transferred to the nuclear genome.

The acquisition of aerobic bacteria would have provided an anaerobic cell with the ability to carry out oxidative metabolism. The acquisition of photosynthetic bacteria would have provided the ability to perform photosynthesis, thereby affording nutritional independence. Thus, these endosymbiotic associations were highly advantageous to their partners and were selected for in the course of evolution. Through time, most of the genes originally present in these bacteria apparently became incorporated into the nuclear genome of the cell, so only a few components of mitochondria and chloroplasts are still encoded by the organelle genomes.

It is important to note that the genomes of eukaryotes are mosaics, with some eukaryotic genes more similar to bacterial genes and others more similar to archaeal genes. Curiously, most eukaryotic genes related to informational processes (such as DNA replication, transcription, and protein synthesis) were derived from archaebacteria, whereas most eukaryotic genes related to basic cell operational processes (such as glycolysis and amino acid biosynthesis) were derived from bacteria. One hypothesis to explain the mosaic nature of eukaryotic genomes is that the genome of eukaryotes arose from a fusion of archaeal and bacterial genomes. According to this proposal, an endosymbiotic association between a bacterium and an archaeum was followed by fusion of the two prokaryotic genomes, giving rise to an ancestral eukaryotic genome with contributions from both bacteria and archaea (see Figure 1.8). The simplest version of this hypothesis is that an initial endosymbiotic relationship of a bacterium living inside an archaeum gave rise not only to mitochondria but also to the genome of eukaryotic cells, containing genes derived from both prokaryotic ancestors.