Topography and Relations of Small Bowel

Topography and Relations of Small Bowel 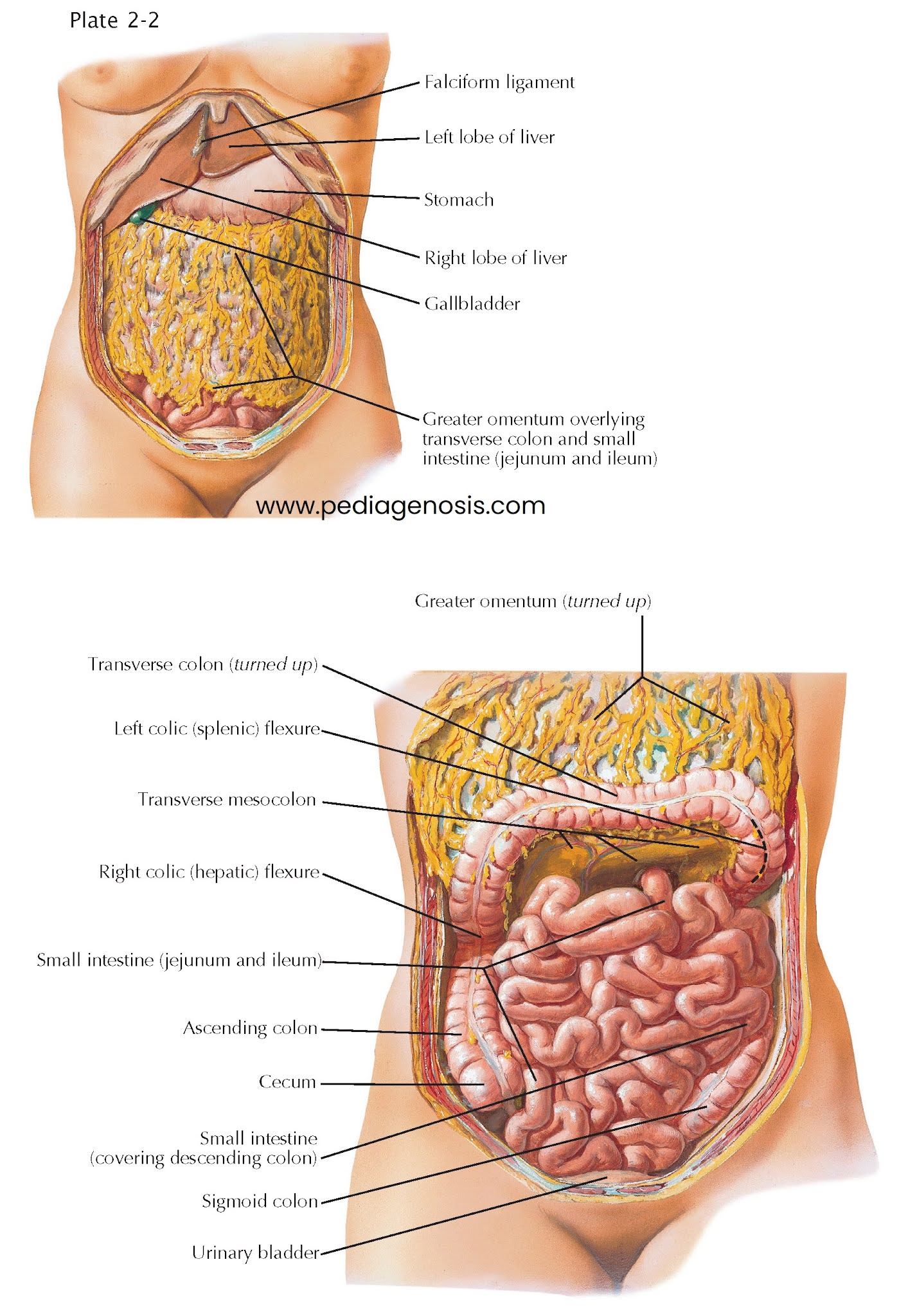 The small intestine consists of a retroperitoneal portion, the duodenum, and a mesenteric portion made up of the coils of the jejunum and ileum. The total length of the mesenteric portion of the small intestine varies considerably. The average for adults is roughly 5 m. The proximal jejunum forms approximately two fifths of the mesenteric portion, and the ileum forms the remaining three fifths. The jejunum commences at the duodenojejunal flexure on the left side of the second lumbar vertebra or, occasionally, somewhat more cranially. The ileum terminates when it joins the large intestine in the right iliac fossa. Although the division between the jejunum and ileum is not grossly visible (the appearance of the arteries and histologic structure can be used to distinguish the two regions), the coils of the jejunum tend to be on the superior left side of the abdomen and those of the ileum on the inferior right side.

The duodenojejunal flexure is situated at the superior most end of the region covered by the mesentery of the transverse colon. It may sometimes be partially concealed by the parietal line of attachment of the trans- verse mesocolon. From the duodenojejunal flexure to the ileocolic junction, the line of attachment of this mesentery runs obliquely from superior left to inferior right, passing across the lumbar portion of the spine, aorta, inferior vena cava, right psoas major, and right ureter. The mesentery is formed by two layers of peritoneum that reflect off the posterior body wall and become continuous as they cover the intestinal surface. The space between the two layers of peritoneum is filled with connective tissue and adipose cells, the quantity of the latter varying greatly from one individual to another. Sandwiched between the two layers of peritoneum and embedded in this tissue are blood and lymph vessels running between the intestine and the posterior abdominal wall, as well as nerves and mesenteric lymph nodes. The mesentery is only about 15 to 20 cm in length as it attaches to the body wall, compared with several meters (corresponding to the length of the intestine) along its intestinal attachment, so you can conceptualize the mesentery fanning outward as it approaches the intestines. The existence of the mesentery affords the intestinal coils a wide range of movement.

Greatly varying in shape and highly mobile, the greater omentum hangs down apronlike from the greater curvature of the stomach and spreads between body wall by a mesentery, the small intestine is capable of considerable movement, and its individual coils vary greatly in position. This is true between individuals and even in one and the same subject at different times, depending on the state of intestinal filling and peristalsis and the position of the body. The only portion that, in line with its progressively shortened mesentery, has a more or less constant position is the terminal ileum, which passes to the right, across the right psoas major muscle, to the site of the ileocolic junction.