Antisocial personality disorder (ASPD) is defined by the Diagnostic and Statistical Manual of Mental Disorders (DSM-IV-TR) as “a pervasive pattern of disregard for, and violation of, the rights of others” beginning in early childhood or adolescence and continuing into adult- hood. To meet criteria for a diagnosis of ASPD, individuals must have a history of conduct disorder before the age of 15 years, characterized by aggression toward people and animals, destruction of property, deceitfulness or theft, or serious violation of rules or social norms. As adults, these persons may continue to ignore social rules, be manipulative and dishonest, be impulsive without considering the consequences, be irritable and aggressive, disregard their own or other’s safety, behave irresponsibly, lack remorse for the consequences of their actions, and may be involved in criminal activity. Antisocial behavior has a negative impact on academic and professional achievement, material-life success, physical health, social relationships, psychologic well-being, and is linked to negative outcomes, such as legal problems, incarceration, and increased mortality due to reckless behavior. Although not all persons with ASPD are violent, ASPD is also more strongly associated with violence toward others compared with other psychiatric disorders. 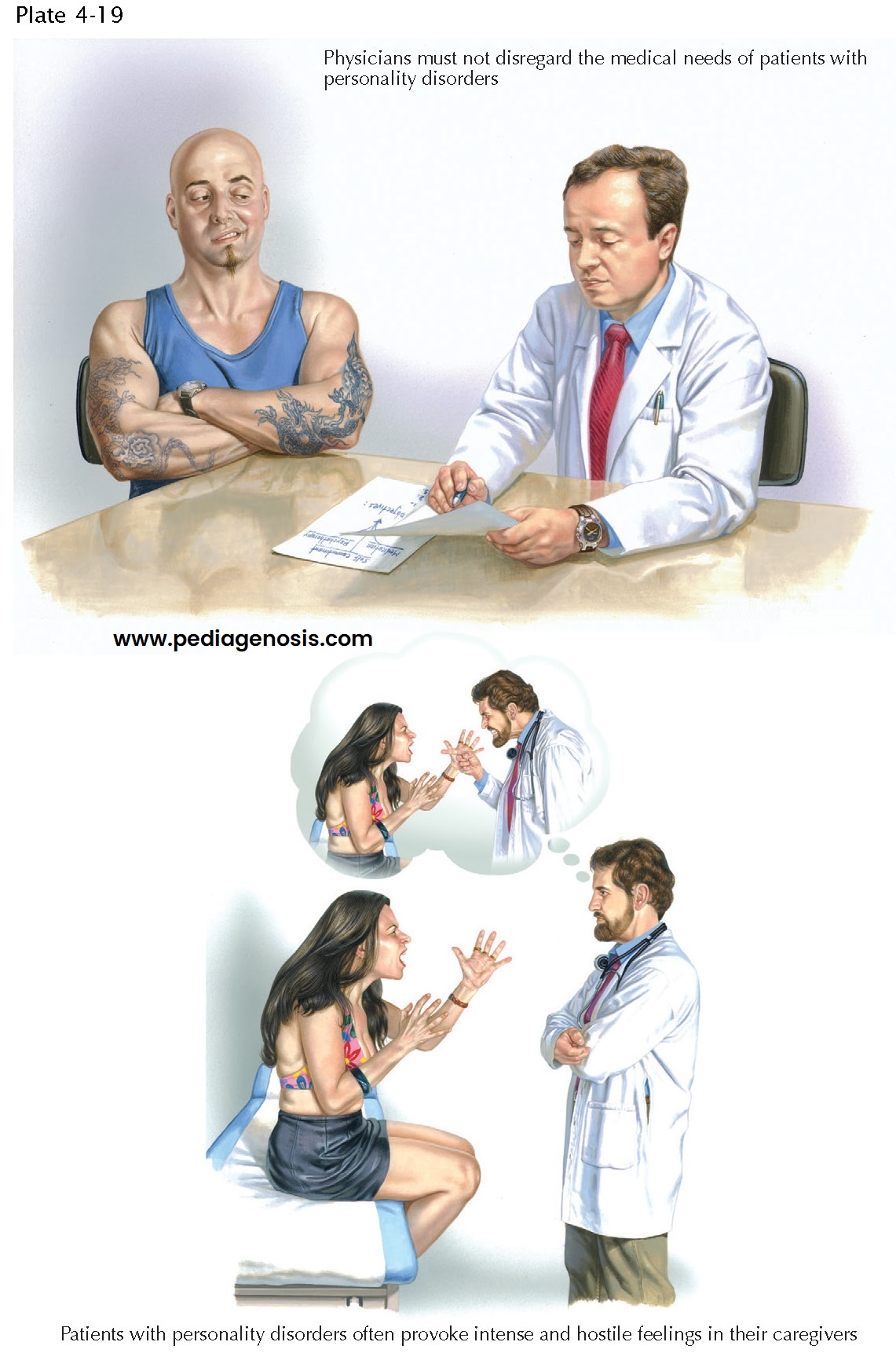 The prevalence of ASPD is estimated to be 1% to 4% of the adult general population (3% of males and 1% of females) (APA, 2000). One potential explanation for the gender discrepancy is that women are more likely to be diagnosed with other personality disorders, such as borderline. Rates of ASPD are 10 times greater among prisoners compared with the general population. This disorder is equally represented across all races, ethnicities, and cultures. Comorbid psychiatric disorders are common among individuals with ASPD. Specifically, ASPD is highly associated with substance use disorders, other personality disorders, and anxiety disorders, in particular social phobia and PTSD. Symptoms of ASPD appear to decline with age.

The exact etiology of ASPD is unknown, although several possible biologic and psychosocial factors are identified. Adoption studies suggest a genetic link, with higher rates of ASPD present in the offspring of anti-social men. The stability of antisocial behavior also appears to be related to genetic influences, whereas nonshared environmental influences account for change in antisocial behavior over time. Biologic theories suggest that the impulsive and sometimes violent behavior seen in ASPD may be linked to low levels of serotonin, low thresholds for limbic stimulation, or brain damage secondary to injury, disease, or substances; however, causal relationships have yet to be established. ASPD is also associated with deficits in neural networks that involve the dorsolateral prefrontal cortex. Individuals with ASPD demonstrate difficulties with executive function and memory, specifically with problems requiring higher-level planning ability.

Psychosocial factors are also associated with ASPD. Adults with ASPD often have experienced insufficient emotional attachment and nurturing during childhood. Childhood behavioral disorders, which may have an onset approximately at age 7 years for boys and not usually until age 13 years for girls, also contribute to the development of ASPD in adulthood.

The general consensus regarding treatment for ASPD is that it is difficult to treat. There are little to no efficacy data on pharmacologic interventions for

ASPD, and presently there are no guidelines put forth by the American Psychiatric Association for the treatment of ASPD. ASPD patients are characterized as having poor insight and minimal motivation to change behavior. When they do present for treatment, it may be due to legal mandate or because of the presence of a comorbid condition. Individual psychotherapy is not recommended for ASPD. Beyond the difficulty of establishing a therapeutic alliance with ASPD patients, therapy itself provides yet another opportunity for deception and manipulation. The most promising treatment modality for ASPD is homogeneous group-based cognitive and behavioral interventions that focus on reducing offending behavior. It is suggested that perhaps a more productive target may be early intervention and prevention programs to reduce the likelihood that conduct disorder in childhood will become ASPD in adulthood. Other studies suggest antisocial behaviors tend to decrease with age; time alone may be the best treatment for these patients.