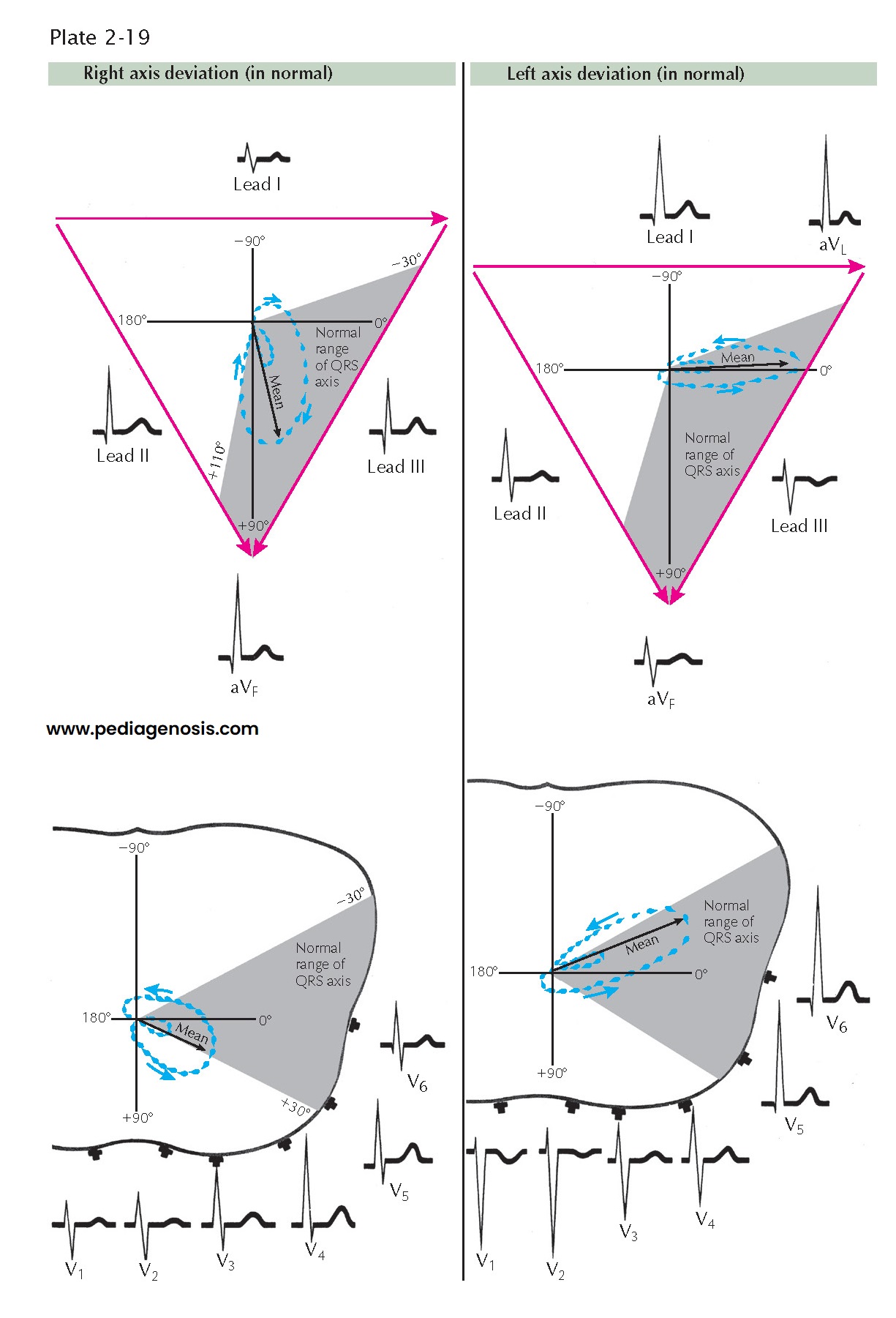 In the normal individual the mean electric axis of the P wave, QRS complex, and T wave often reflects the anatomic position of the heart in the chest; an abnormal axis can result from heart disease. Plate 2-19 illustrates normal variations in the vectorcardiographic loop. The QRS and T loops in the frontal plane vary between −30 and +110 degrees and in the horizontal plane between +30 and −30 degrees, measured from the left arm.

In right axis deviation in the frontal plane, the P and QRS loops are directed toward the right, often to +90 degrees. Electrocardiographically, there are tall R waves in leads II, III, aVF, V2, and V3.

It is important to understand the relationship between the position of the heart in the chest and the electrocardiogram because the heart’s position has a profound influence on the tracing. The concept is complex; the heart can rotate around an anteroposterior axis, a transverse axis, and an anatomic axis that runs from the base to the apex of the heart. Actually, the heart can rotate from front to back, side to side, and around the anatomic axis, all simultaneously. The rotation around the anatomic axis is the most difficult to visualize. Rotation here consists of turning around an axis that runs from the valvular base of the heart through the septum, finally emerging from the apex. An observer at the left of a patient would see the emerging axis at the apex of the heart. Then visualizing a clock at the base of the heart, the observer could also visualize any rotational change around the axis and could designate the direction of rotation as clockwise or counterclockwise.