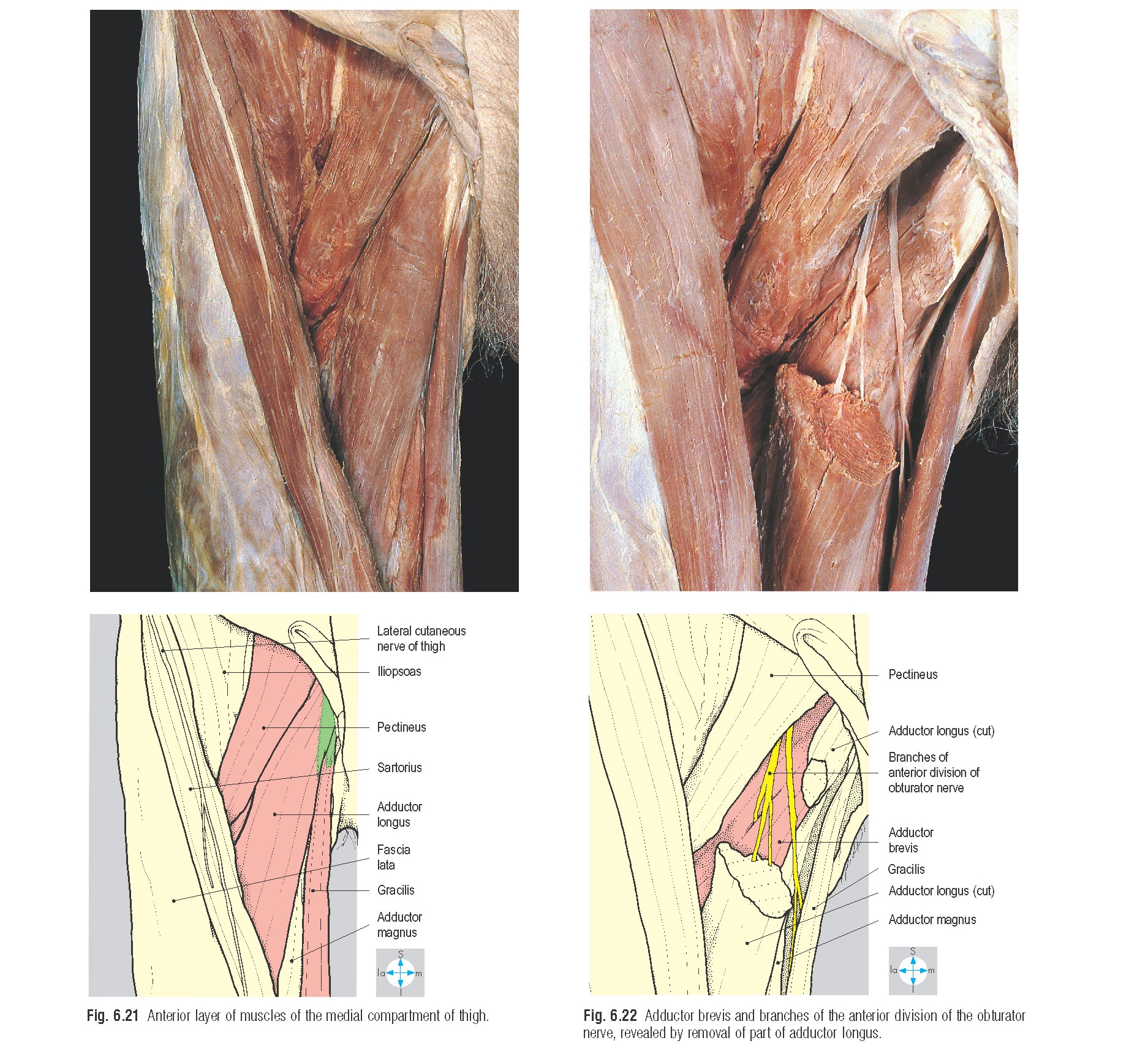 Muscles
The muscles are arranged in three layers. The anterior layer consists of pectineus, adductor longus and gracilis, from lateral to medial (Fig. 6.21). Deep to these, forming the intermediate layer, is adductor brevis (Figs 6.22 & 6.23). The posterior layer consists of obturator externus and adductor magnus (Figs 6.24 & 6.25). The proximal attachments of these muscles are to the outer surface of the bony pelvis between the superior pubic and ischial rami. In addition, obturator externus is attached to the obturator membrane.
The more anterior muscles have higher attachments than those of the deeper layers (Fig. 6.26). Distally, the muscles attach to the femur, except for gracilis (Fig. 6.79), which descends below the knee to gain the proximal end of the subcutaneous surface of the tibia in company with sartorius and semitendinosus. Obturator externus passes laterally below and behind the capsule of the hip joint (Figs 6.25 & 6.70) to the trochanteric fossa on the medial aspect of the greater trochanter. Pectineus and adductors longus, brevis and magnus slope downwards and laterally to attach in the region of the linea aspera, the sequence being related to the layer in which the muscle lies (Fig. 6.27). Adductor magnus has the longest attachment, extending from the gluteal tuberosity above to the adductor tubercle below.
All the muscles in the compartment, except obturator externus, adduct the hip joint. During walking they stabilize the femur, while the abductors of the hip prevent tilting of the pelvis (p. 270). In addition, pectineus and adductor longus are medial rotators and obturator externus a lateral rotator. Pectineus assists flexion at the hip joint and gracilis flexes and medially rotates the knee joint.
All the muscles in the medial compartment except pectineus are innervated by the obturator nerve. Pectineus usually has a supply from the femoral nerve but may also be supplied by the obturator nerve, and the ischial part of adductor magnus receives fibres from the tibial part of the sciatic nerve. 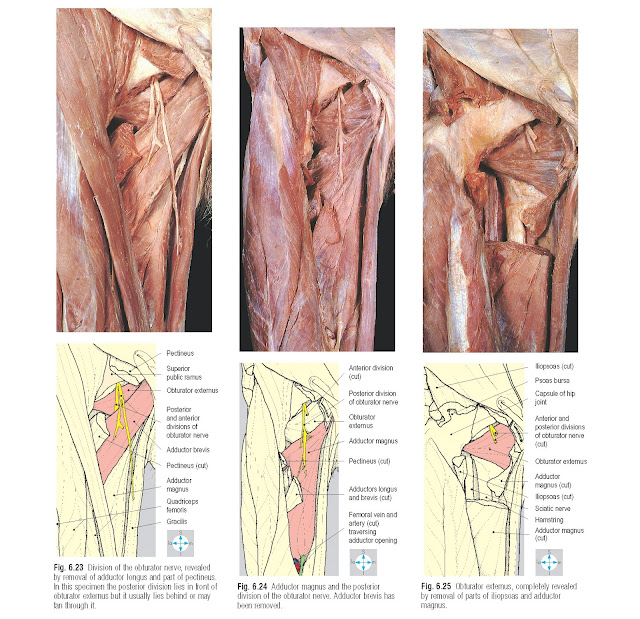 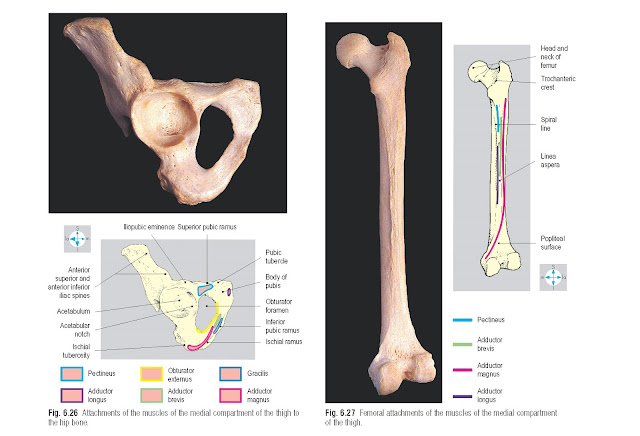 Vessels
The blood supply is derived from the profunda femoris artery and its perforating branches, supplemented by the obturator artery and other branches of the femoral artery. The obturator artery is small and forms an arterial circle around the margins of the obturator membrane, supplying the proximal parts of the muscles. An acetabular branch passes beneath the transverse acetabular ligament and accompanies the round ligament to the head of the femur. Venae comitantes accompanying the arteries in the compartment drain into the profunda femoris or internal iliac veins.