Olfactory Inputs to the Hypothalamus

Olfactory Inputs to the Hypothalamus 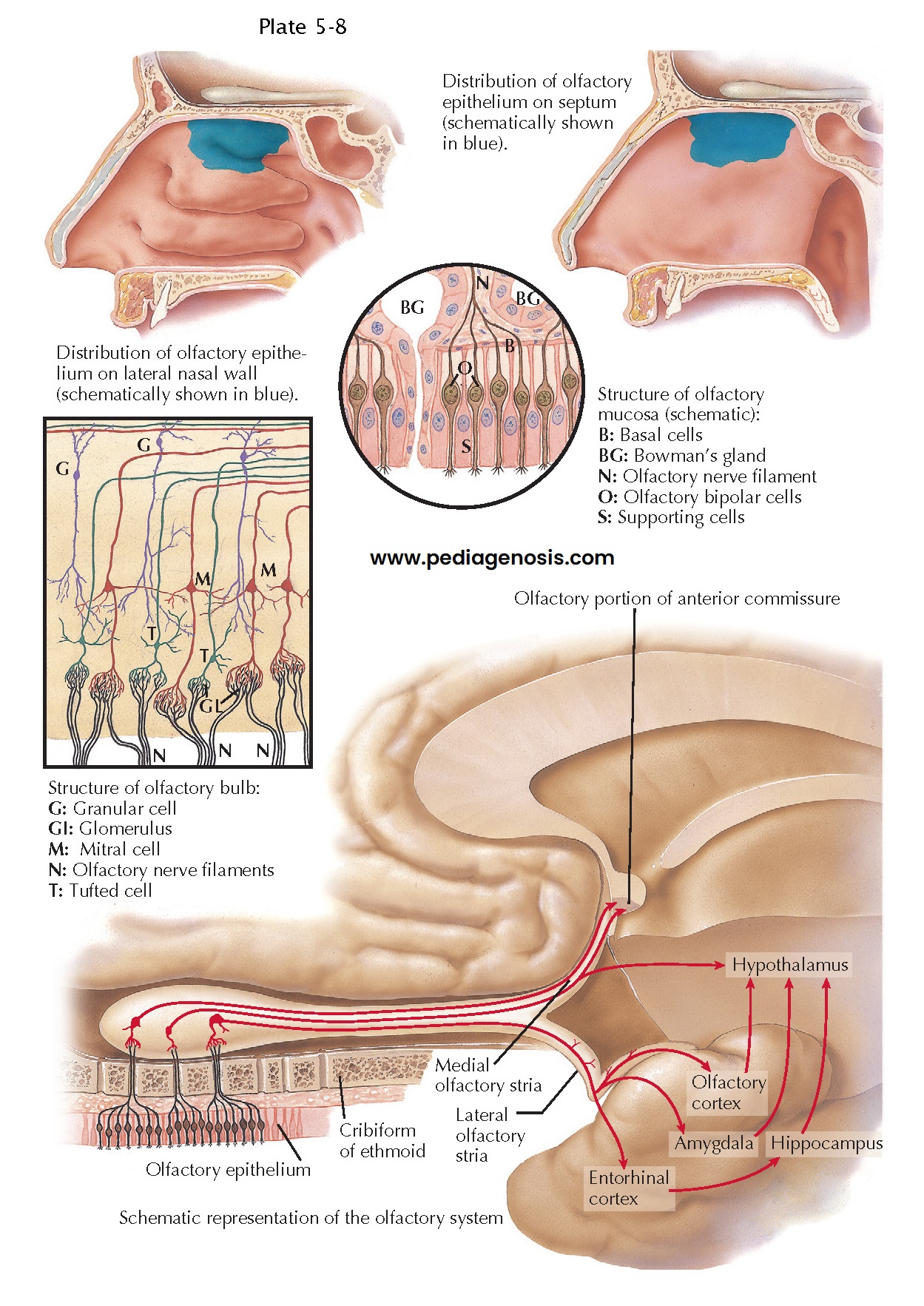 The olfactory tract supplies information about smell to a variety of targets in the brain. It bifurcates as it approaches the temporal lobe into one branch that runs medially into the basal forebrain and another that runs laterally to supply olfactory inputs to cortical structures. The basal forebrain branch provides inputs to the anterior olfactory nucleus, which sends axons through the anterior commissure to the opposite hemisphere, and the olfactory tubercle, which is the part of the striatum that receives olfactory inputs. The lateral olfactory branch provides inputs to the primary olfactory cortex, which appears to be necessary for processing the conscious appreciation of odors, as well as the entorhinal cortex, which is a point of convergence of information from multiple sensory systems and a major relay into the hippocampal formation. There is also input to the amygdala, which may be important for relaying olfactory signals related to food acquisition and sexual behavior to the hypothalamus.

In many mammals, there is an accessory olfactory system. A small pit in the nasal mucosa, called the vomeronasal organ, contains olfactory sensory neurons that are important for sensing pheromones. These olfactory neurons synapse in a specialized region called the accessory olfactory bulb and relay information concerned with social behaviors into the amygdala and hypothala- mus. Such a system has never been clearly identified in humans, and its very existence remains controversial.