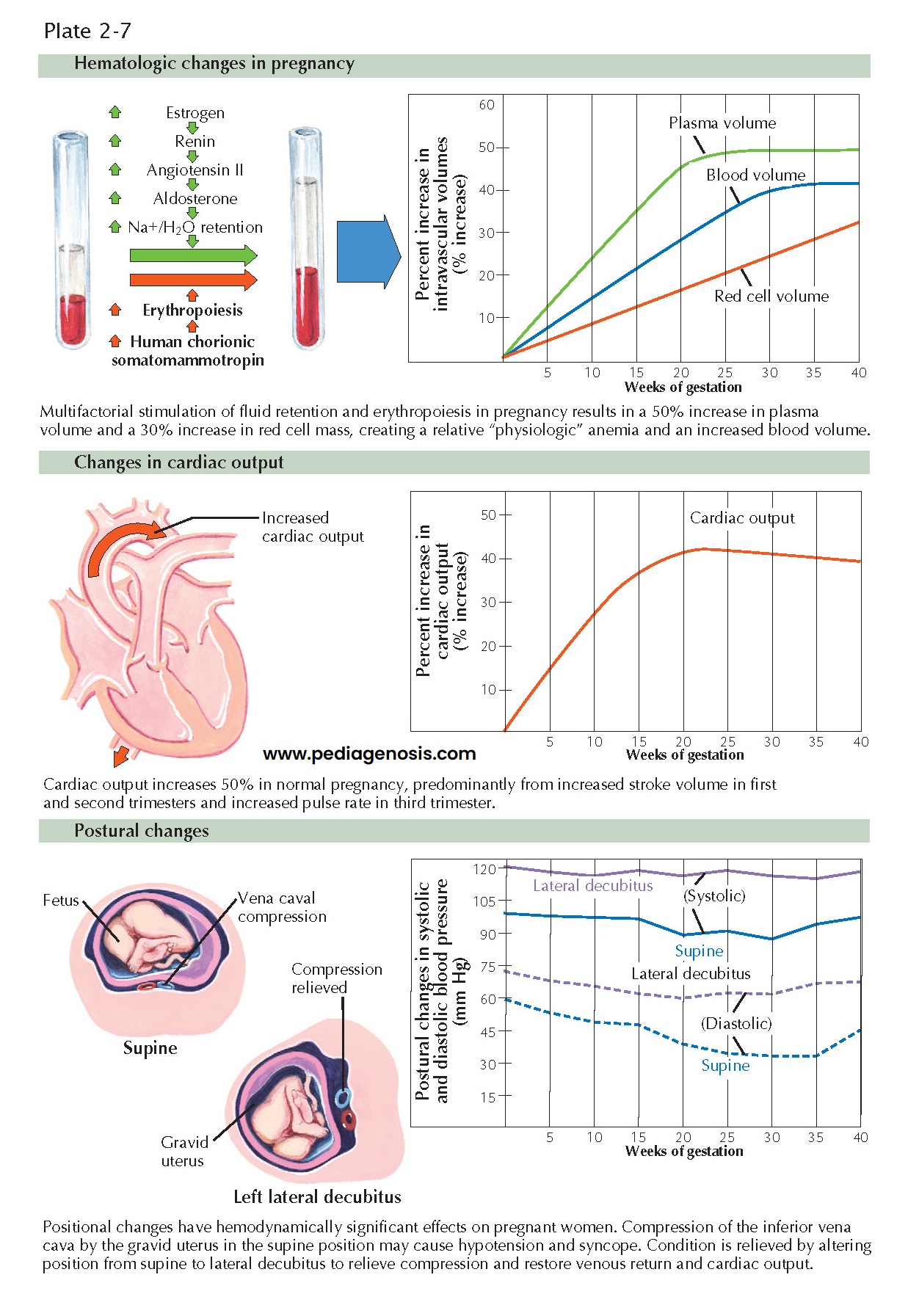 During a normal pregnancy, a woman undergoes multiple cardiovascular physiologic changes to support the increased metabolic demands of the woman and the unborn child. The changes are fairly typical in a healthy pregnant woman but may vary in magnitude from patient to patient. Early in the pregnancy, the first trimester, the changes are usually mild or may not be evident. The classic changes include the following;

•   Blood volume gradually increases from mild in the first trimester to moderate in the second trimester to marked in the third trimester. These volume changes often are not reflected in ventricular volume changes and systolic function of the left ventricle usually remains normal, as determined by cardiac ultrasound.

•   With the increase in blood volume a concomitant increase in cardiac output usually occurs, possibly from the Starling mechanism. It becomes maximal in the second trimester and decreasing to moderate in the third trimester.

•   Systolic blood pressure tends to decrease or remain normal throughout pregnancy, whereas pulse pressure widens because of a decrease in diastolic pressure. This is related to a marked decrease in systemic vascular resistance, especially in the second trimester, which probably influences the marked increase in cardiac output and stroke volume.

•   Along with the changes in heart rate, oxygen consumption gradually increases from normal or slightly increased to greatly increased in the third trimester.

Anatomic factors related to the enlarged uterus can also influence physiologic changes, particularly in the third trimester. Inferior vena cava compression can increase femoral venous pressure and can elevate the diaphragm, which in turn can shift the axis of the heart and alter the axis of the electrocardiogram toward the left.