FRACTURE OF SHAFT OF FEMUR

FRACTURE OF SHAFT OF FEMUR

Femoral shaft fractures occur in all age groups but are more common in younger than in elderly persons. Several types of fractures can result from simple trauma to high-velocity trauma. Spiral fractures are most commonly due to low-velocity torsional forces applied to the femur, whereas comminuted, segmental, and transverse fractures all result from greater forces. About 15% of femoral shaft fractures are open injuries, but associated neurovascular involvement is not common. 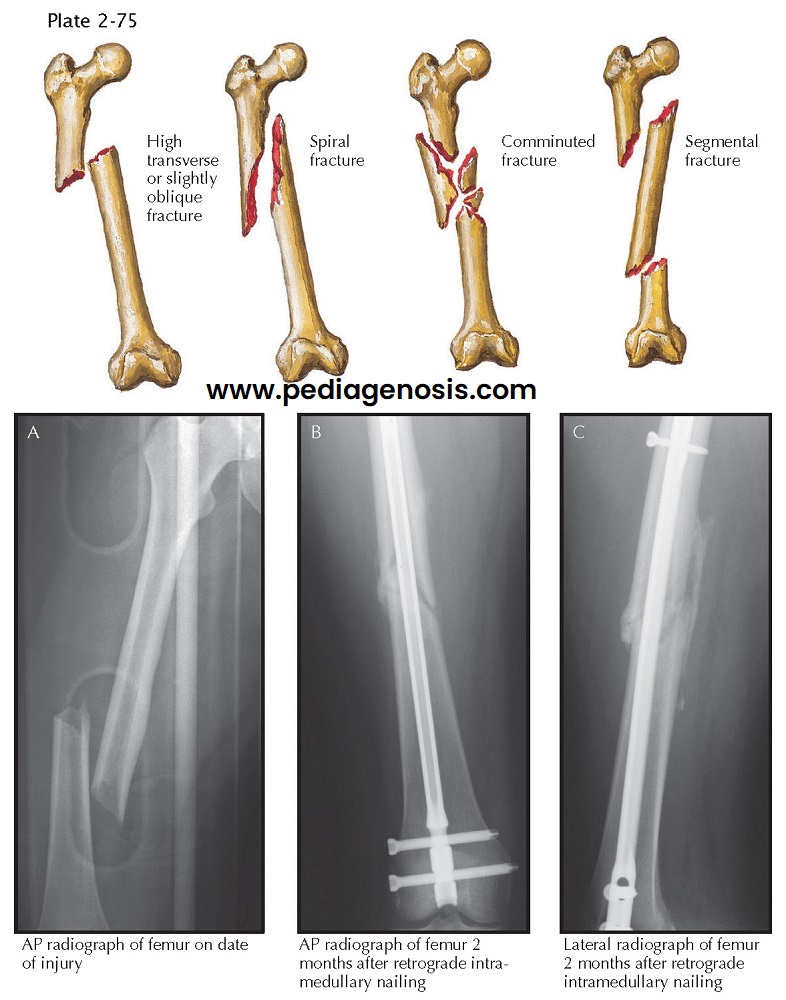 The traditional treatment of fractures of the femoral shaft begins with skeletal traction, which is followed by immobilization in either a hip spica cast or a fracture brace. Generally, skeletal traction is applied by placing a pin through the proximal tibia and aligning the fracture. Once fracture callus forms and the fracture site is no longer tender, traction is discontinued and a cast or brace applied.

Until recently, femoral fractures were immobilized in a one and one-half hip spica cast that did not allow knee flexion. Newer methods of immobilization, such as the fracture brace, allow early knee motion and rehabilitation of both the quadriceps and the hamstring muscles. With the fracture brace, the patient is allowed to walk using crutches and to place as much weight on the injured limb as symptoms allow.

When an isolated femoral shaft fracture is treated with intramedullary nailing, the patient is allowed out of bed very early. First mobilized using crutches, the patient increases weight bearing on the injured side based on the results of follow-up clinical and radiographic examinations.